Tourists fined for begging in Phuket 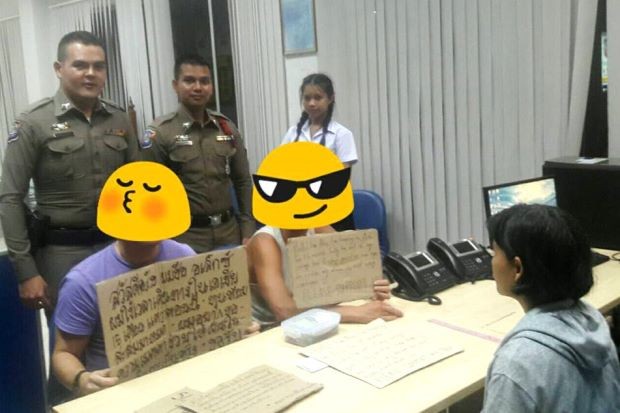 PHUKET - The Phuket Tourist Police on Thursday arrested two tourists at a Phuket market after begging for donations so they could continue their travels.

The tourist and city police found the men at the Boat Plaza Market in Samkong on Thursday - a 21-year-old Ukrainian and a 30-year-old Russian.

The tourists were sitting on the ground with a message on cardboard stating that they had been travelling in Asia for 15 months.

"Now we've spent all our money," it said.

They were taken were charged with "committing trouble and annoying other people in public".