Local and foreign tourists can be found lining up for nearly an hour to take selfies at Kelingking Beach's famous coral cliff, which looks like a T-rex, in Nusa Penida, Bali.

"This morning around 10am I arrived at Kelingking Beach and it was already very crowded," said a tourist from Jakarta, Irma Maulida, as reported by kompas.com on Sunday.

Irma said she only had the energy to wait in line for 20 minutes and then decided to leave the beach. 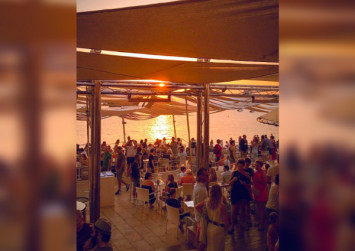 "Most of the tourists [queueing] were Asians; on average photos can take up to three minutes per person," said Irma, adding that the road leading to the beach was not a smooth one. In the holiday season, traffic congestion also occurs when driving on Nusa Penida.

Kelingking Beach has gained popularity in the last two years. This beach was ranked the ninth most beautiful beach by CNN Asia. Tourist review site TripAdvisor also favours Kelingking Beach as the second-best in Asia and 19th best beach in the world.

To get to Nusa Penida from Bali, you can cross through Sanur Port with the final destination of Banjar Nyuh Port. At Sanur Port, there are many speedboat agents, who charge Rp 75,000 (S$7.15) on average per ride.