Tourists stung by jellyfish in Indonesia over weekend 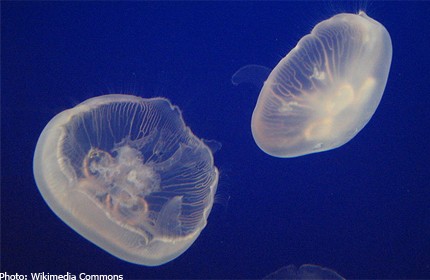 The jellyfish had reportedly gathered near the beaches of Pelabuhan Ratu on the southwest coast of West Java and stung tourists at the beaches of Citepus, Istikomah and Karangsari, reported the country's Antara news agency. The sting victims reported "itching and burn-like wounds" on their skin and were attended to by medical staff.

There were no fatalities.

"Jellyfish were swept into the beach due to the cold water and they stung visiting tourists," Dede Sumarna, spokesperson of the Sukabumi Water Tourism Safety Board, was quoted saying by Antara.

But she warned that more swarms of jellyfish are expected to gather at the coasts, and advised tourists to exercise caution when visiting these beaches. The board was arranging for more medical supplies in the event of more injuries.

"We urge tourists to obey the regulations and not to swim out into the sea… if the tide is high and the night falls," she said.

Thousands of beachgoers, mainly from the nearby cities of Jakarta and Bandung, had visited the beaches over the weekend. It it not clear what type of jellyfish had gathered on the coasts.