Trafficking crackdown on officials in Thailand 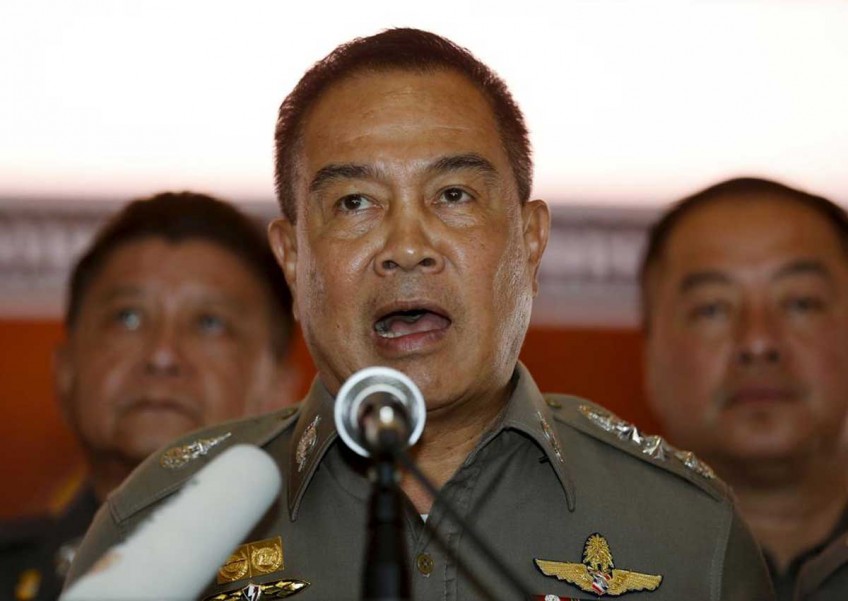 The transferred officials belonged to police regions 8, 9, plus the Immigration Bureau and Central Investigation Bureau, he said.

"The transfer [of the officers] has been done under police jurisdiction in accordance with recommendations from concerned agencies," he said.

The move is reportedly based on the ongoing investigation led by Deputy National Police Chief Pol General Aek Angsananont, which started in earnest after authorities discovered mass graves of Rohingyas at alleged trafficking camps in southern Thailand and Malaysia earlier this year.

Those discoveries attracted glaring media attention and concern from around the world.

An international outcry led the government to crack down on people-smuggling networks, sparking a humanitarian crisis with thousands of migrants stranded in boats off Thailand, Malaysia and Indonesia.

Rohingya Muslims said they suffered discrimination in predominantly Buddhist Myanmar, which considers them illegal Bengali immigrants, and not among the country's official ethnic groups.

Thai authorities have since launched a serious crackdown on human traffickers.

On Sunday, the Na Thawi Provincial Court approved arrest warrants for four more military officers over the trafficking of Rohingya.

The first three work for the Internal Security Operations Command's branches in the South, while Kampanart is with the Third Naval Area Command.

"Their supervisors will hand them over. Or they may come forward to surrender themselves," he said.

To date, as many as 150 arrest warrants have been issued for alleged accomplices. Of these, 89 have already been nabbed. They include Lt General Manas Kongpan, a former specialist in the Royal Thai Army, Banjong Pongphon, a former major of Padang Besar, and Pajjuban Angchotiphan, a former chief administrator of Satun Provincial Administrative Organisation.

"Sixty-one others remain on the run," a source said, adding that about 20 had fled overseas.

Paveen said the Supreme Court president will announce on October 10 whether human-trafficking cases under the supervision of Padang Besar Police Station would be transferred to the newly-established Human Trafficking Case Division of the Criminal Court.

"It is believed that the transfer may speed up the trial process," Paveen said.

Human trafficking became a huge issue when the crisis involving the Rohingya put a global spotlight on Thailand. The Kingdom was graded at Tier 3, the lowest level of the United States' Trafficking in Persons (TIP) report this year.

The government stepped up measures to counter trafficking, and update the US and other major trading partners on its moves in a bid to lift Thailand's status in the State Department's TIP report next year.

The head of the Foreign Ministry's Department of American and South Pacific Affairs, Songsak Saicheua, said during a seminar on trafficking yesterday that Thailand might not be sanctioned by the US over the downgraded status.

Thai officials at the Foreign Ministry held a video conference with US officials at the TIP office last Thursday to update them on the situation here and measures by the Thai side, he said.

The US president has to decide whether to impose sanctions on Thailand by the third week of October. "We expect that Thailand will not be sanctioned on the matter," Songsak said. "The sanctions, if any, would not affect direct trade and economic co-operation between the two countries."