A church volunteer tries to sweep off bloodstains left by the shooting of Ivy Linao by her husband at a church entrance.

MAMBAJAO, Camiguin - The voices of churchgoers singing hymns during Mass were replaced by screams as a former overseas Filipino worker shot his wife before committing suicide outside the San Roque Parish Church in the village of Poblacion, Catarman town, on Sunday.

Catarman police identified the victim as Ivy Linao, 35, a municipal employee in Catarman. Her shooter was identified as Celmar Linao, 37, her estranged husband.

Initial investigation showed the husband approached his wife near the altar as Mass was going on and pointed a gun at her.

Witnesses said Celmar tried to shoot the victim inside the church but the gun initially jammed.

Ivy ran to the side entrance of the church to flee but her exit was delayed as she was with one of her seven children.

BULLET IN THE SKULL

Police said Ivy was hit by a lone bullet that went through her left arm as she tried to shield her face but it penetrated her skull, causing her death. 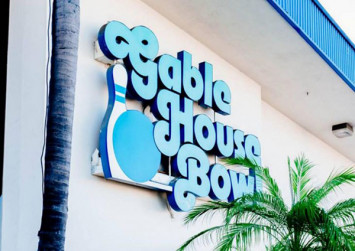 After shooting his wife, Celmar then pointed the gun at his head and fired a single shot.

P02 Ritchie Babia, Catarman police assistant investigator, said jealousy was apparently what drove Celmar to kill his wife and himself.

Babia said the couple had separated a few months ago after the wife found out her husband had a lover who was with child.

Bana said Celmar had threatened his wife but it was not reported to police. Ivy was instead advised to file a complaint in the village peace council.

Fr. Rolly Aniscal, a visiting priest who was officiating the Mass, said he saw Celmar point the gun at his wife beside the altar.

Aniscal recalled seeing the first attempt to fire the gun and Ivy trying to flee.

"She went outside and it was where we heard two gunshots," said the priest. "When the shots were fired, we ducked for cover," he said.

An altar boy said he dropped to the floor after hearing the gunshots.

Mass was suspended during the shooting, Aniscal said.

Aniscal said he was shocked by what happened. He said he resumed celebrating Mass 20 minutes after the shooting and asked parishioners to offer prayers for the dead couple.

A parishioner, who was at the church when the shooting occurred, said what happened was tragic.

Read Also
US marine dies in shooting at Washington barracks 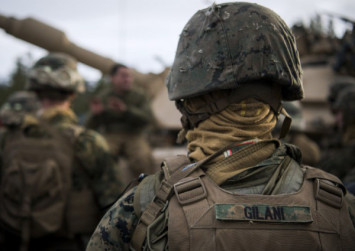 "It was the first time that such an incident happened here in our town," the parishioner said.

"Catarman is a peaceful place and we couldn't believe that this happened," the parishioner added.

Quoting a report from Dr. Analdo Abelda, of Catarman District Hospital, Babia said Celmar and Ivy died from gunshot wounds in the head.

Recovered from the crime scene was a .45-calibre pistol and two spent bullets.