For trans people in Indonesia, prejudice doesn't end with death

It was almost 2pm in one of the outer western suburbs of Surabaya, Indonesia's second largest city of more than three million inhabitants. Merry, 50, a transwoman, had just alighted from a bemo, or public transport van, to head home after a day spent busking. Home is a three square metre room she rents for just under US$25 (S$33.6) a month.

This is a marked improvement from the wooden shack she was living in a year ago. At $2 a month to rent, it was a fraction of what she pays now but lacked access to clean water and electricity. Merry was able to upgrade her living situation after an appeal for public donations by Indonesia's food bank, Garda Pangan, to help the city's transgender community through the coronavirus pandemic.

One donor gave her some capital to set up a small eatery next to her rented space. While Merry is thankful for all the help she has received, she still faces challenges.

"My eatery caters to people around here and they are mostly poor, so sometimes they eat here but can't pay and ask me to put it on their tab. That's why I still need to go busking at least three times a week to supplement my income."

Merry has been a busker for more than ten years.

"I was once married to a woman and we have a son. I raised him from the money I got from busking on a daily basis. I didn't have any other skills." 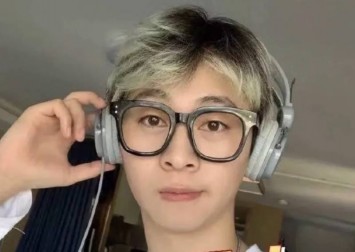 Several other transgender buskers live in the same building, most of them older than Merry.

The first two years of the pandemic were the harshest for Surabaya's transgender community due to the movement restrictions implemented by the government, Merry said. Buskers had nowhere to perform because most public spaces were off limits, while the banning of public weddings and parties meant transgender people in other parts of the entertainment industry also lost out on custom.

"With the current relaxation of the restrictions, we can now work again," said Febby Damayanti, 37, a transwoman performer and make-up artist.

Damayanti is a spokesperson for Surabaya's association for transwomen, Perwakos. The organisation has 586 members and is funded independently through subscriptions from members and public donations.

Damayanti said that in her experience the demand for transgender shows was stronger outside big cities like Surabaya.

"People in small towns and rural areas are generally more welcoming to us. That's where most of our bookings come from now. Our performances rely on comedy a lot. We poke fun at gender roles in society and people laugh at that."

Back in the 1990s, comedy and cabaret shows put on by transwomen were popular even in the big cities.

The shift took place in the mid-2000s at the same time as the term LGBT (lesbian, gay, bisexual, and transgender) came into popular use in Indonesia, according to Hendri Yulius Wijaya, the author of Intimate Assemblages: The Politics of Queer Identities and Sexualities in Indonesia.

Read Also
In Indonesia, LGBTQ ‘wayang’ shadow puppets have a message of tolerance, without the sermon 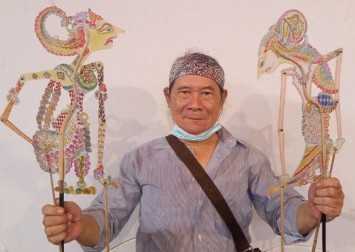 "The use of the term LGBT has made people more aware [of the existence of the LGBT community] and that has also resulted in more hostility towards LGBT individuals," Wijaya said.

He said the introduction of a foreign term to describe sexual minorities had helped politicians exploit the issue to score points with conservative and ultranationalist elements.

Wijaya gave the example of how, in 2016, then defence minister Ryamizard Ryacudu claimed the LGBT movement was an example of the "proxy war" waged by foreign countries to "destroy Indonesian cultures without firing a shot".

A public poll by Saiful Mujani Research and Consulting in 2018 suggested that 87.6 per cent of the Indonesian public saw LGBT individuals as a threat to society.

The increasingly hostile atmosphere has taken its toll on Surabaya's transgender community. Perwakos says that between September and November 2021, eight of its senior members died of deliberate neglect.

"Some of them were HIV positive and ended up being evicted from their homes by their relatives and neighbours, which made matters worse," Damayanti said, "but this is essentially an ongoing problem faced by many transwomen, which is why Perwakos is now appealing to the public for donations to set up a safe house where we can take care of senior transwomen who have fallen on hard times."

She said that, for many transgender people, the indignities suffered did not end even in death. Many do not have identity cards because Indonesian law does not recognise transgender identities. Consequently, when transgender people living alone die without anyone claiming their bodies, social services bury them in unmarked shallow graves usually reserved for unidentifiable vagabonds.

"This recently almost happened to one of our members but in the end we scrambled enough money together and, assisted by the social services, we gave our friend a decent burial. Transwomen are very resilient people and we get through a lot but even we need a bit of help and sympathy from time to time."