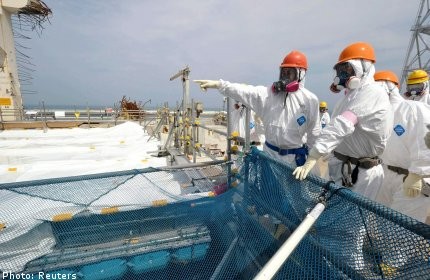 The Education, Culture, Sports, Science and Technology Ministry has decided to build a large-scale experimental facility with the aim of reducing substantially the toxity and volume of high-level nuclear waste by transmuting it into other elements, it has been learned.

To start operations of the planned facility, the first in the world, five years from now in Tokaimura, Ibaraki Prefecture, the ministry's budget request for fiscal 2014 will include design costs, officials said.

Radioactive substances such as uranium and plutonium account for 95 per cent of spent nuclear fuel, which can be reprocessed for reuse as fuel for another cycle of nuclear power generation.

But eventually the rest of the fuel must be disposed of as high-level radioactive waste. The various radioactive substances it contains include neptunium-237, whose half-life, or the period required before the intensity of radioactivity is reduced by half, is 2.14 million years, according to the officials.

The planned experimental facility will be built at a cost of about 20 billion yen on the premises of the Japan Proton Accelerator Research Complex (J-PARC) in Tokaimura, they said.

The high-level nuclear waste reduction facility will be designed to bombard radioactive waste with neutrons that will be generated using the J-PARC accelerator, the officials said.

When the neutrons are absorbed by the atomic nuclei of the nuclear waste's radioactive elements, nuclear fission should occur, causing a phenomenon called a "nuclear transmutation reaction" in which the elements break down into other substances with shorter half-lifes.

The conventional wisdom about high-level nuclear waste has been that it must be buried deep underground and managed for hundreds of thousand years or more there. However, experts have pointed out problems regarding whether the safety of the buried waste could be guaranteed over such a long time.

The ministry officials explained it will take nearly 10,000 years before high-level radioactive waste's hazards to human health decline to the level posed by natural uranium.

If nuclear transmutation reaction technology is put into practical use, that period will be shortened to just a few centuries, while the volume of the waste will be reduced to one-seventh of the current level, the officials noted.

The planned facility would be the world's first as a full-dress laboratory for nuclear transmutation reactions, they said.