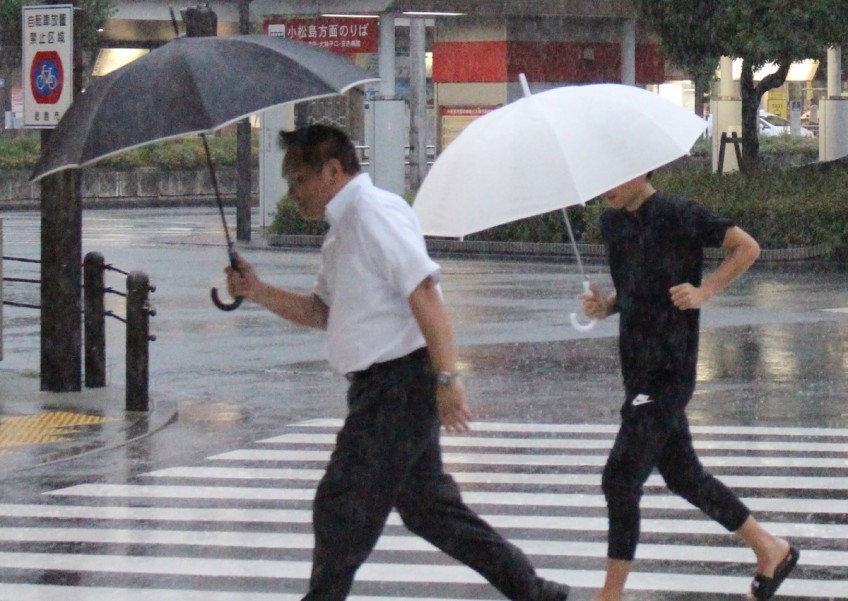 TOKYO - A strong typhoon on Friday (Aug 24) churned over parts of western Japan already hit by deadly flooding last month, but while transport links were disrupted there were few immediate reports of injury or damage.

Typhoon Cimaron made landfall late on Thursday and passed over the Japanese archipelago overnight, bringing winds of nearly 200kmh and dumping up to 600mm of rain in 48 hours, according to the Japan Meteorological Agency.

Television pictures showed torrential rain, flooded streets and some structural damage, with roof tiles blown off and one lorry overturned on a bridge by the high winds.

The storm left nearly 100,000 households without power and forced airlines to scrap around 300 flights on Thursday and Friday. Bullet train services in the region were temporarily cancelled although they were running again on Friday morning.

The Fire and Disaster Management Agency said 13 people were injured, while non-compulsory evacuation orders and advisories were issued to more than one million people in western Japan as of 5am local time.

Typhoon Cimaron was next spiralling towards Japan's northern island of Hokkaido, where it is expected to make landfall later on Friday, although the wind speed has now halved.

The typhoon is the latest weather front to batter Japan, which has also been sweating through a record and deadly heatwave. This followed devastating heavy rain in central and western parts of the country in July that killed over 200 people.