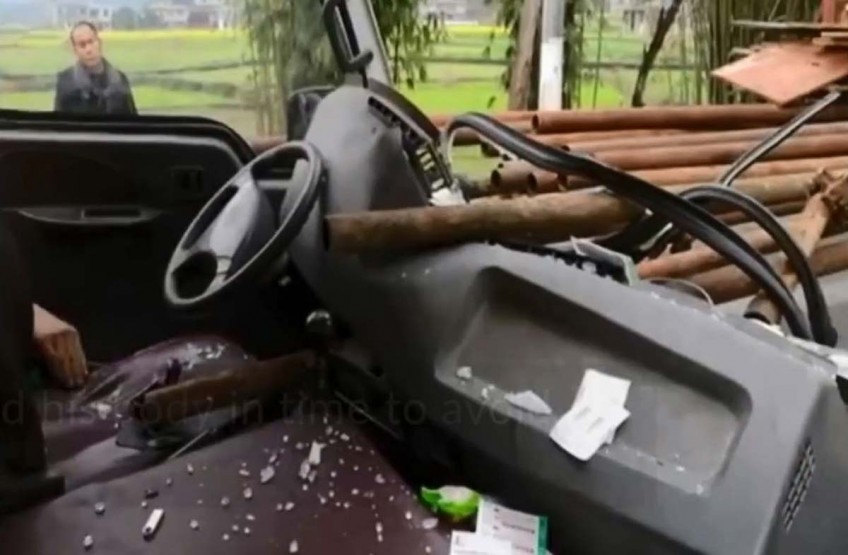 His reflexes were not quick enough to prevent a collision, but thankfully, they were fast enough to save him from being impaled.

A truck driver in Xingshan County, China, narrowly escaped a gory death when his vehicle collided with a lorry.

The lorry had been carrying a load of metal tubes, which upon impact, slid and smashed into the smaller truck's windshield.

CCTV reported that the quick-thinking truck driver slammed on his brakes and turned his body to one side to avoid getting hurt.

Investigations revealed that the 3m-long metal tubes exceeded safety regulations and counted as a traffic hazard.

Police also reprimanded the truck driver for not keeping a safe distance from the lorry.