Speculations are rising that US President Donald Trump will meet North Korean leader Kim Jong-un on the inter-Korean border, following news reports and an ambiguous Tweet from the US leader.

"Numerous countries are being considered for the MEETING, but would Peace House/Freedom House, on the Border of North & South Korea, be a more Representative, Important and Lasting site than a third party country? Just asking!" Trump wrote on this Twitter account.

Peace House and Freedom House are facilities located on the South's side of the truce village of Panmunjeom. 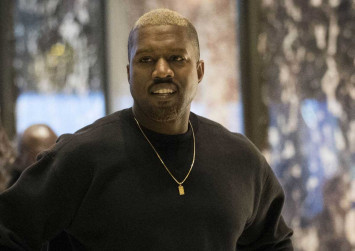 The message was followed by foreign media reports that South Korean President Moon Jae-in had convinced Kim to meet Trump at Panmunjeom during their meeting Friday.

A CNN report, citing unnamed sources close to the matter, said there is a "strong possibility" of the US-North Korea meeting being held there, with some events taking place on the North's side.

Cheong Wa Dae officials said the report could not be confirmed, but that Moon mentioned Panmunjeom as a possible location for the US-North Korea summit during Saturday's telephone conversation with Trump.

The official said that while Panmunjeom does hold symbolic significance, the location for the meeting remains undecided and other candidates are still under consideration.

A top Cheong Wa Dae official stopped short at the possibility of Moon playing a critical role in the upcoming US-North Korea talks, should they take place at the inter-Korean border.

"In the US-North Korea talks, Kim and Trump, particularly President Trump, are the protagonists," the official said. 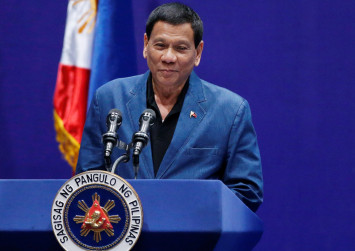 The official's remarks echo Moon's repeated praise of the US leader in recent months.

Moon has spoken with Trump over the telephone six times since the inter-Korean thaw began with North Korea in January declaring its intentions to participate in the PyeongChang Olympics.

In each of the conversations, Moon praised Trump for his role in North Korean issues, saying Trump's "firm principles" and "strong support" were pivotal in prompting Pyongyang to engage in dialogue.

Moon's praise of the US leader regarding the matter came to a climax on March 9, when Trump announced the decision to meet Kim through South Korean National Security Office chief Chung Eui-yong.

"President's leadership will be lauded by the people of South and North Koreas, and by all the people of the world who wish for peace," Moon said in a statement at the time.

On Monday, a Cheong Wa Dae official also revealed that Moon again gave Trump credit at a meeting with his senior aides.

"The Nobel Prize should be given to President Trump, and we only need to take the peace," the official quoted Moon as saying in response to a report that late President Kim Dae-jung's widow Lee Hui-ho had sent him a letter of support wishing for him to win the Nobel Peace Prize. Kim Dae-jung received the Nobel Peace Prize in 2000 for his efforts for inter-Korean reconciliation.