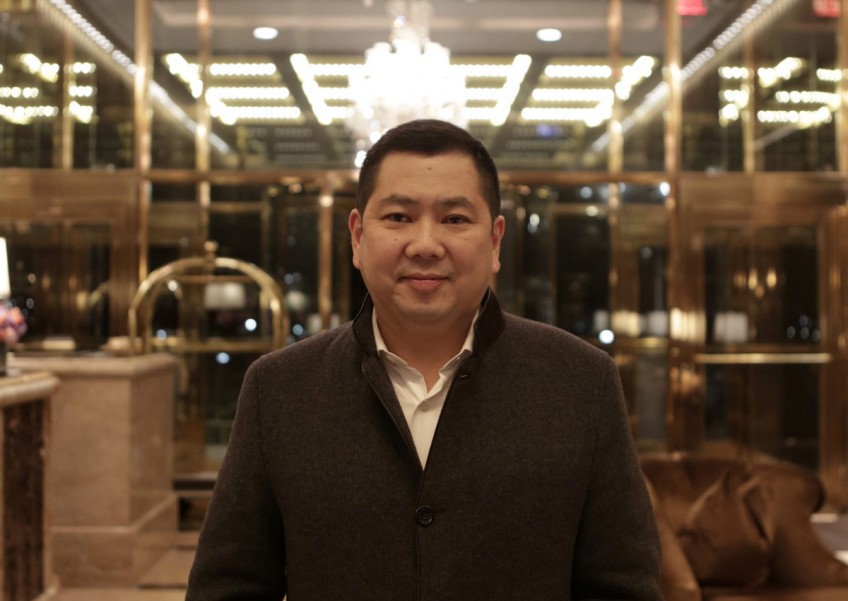 Indonesian businessman Hary Tanoesoedibjo poses for a picture in the lobby of the Trump International Hotel & Tower in Manhattan, New York, US, January 18, 2017.
Reuters

JAKARTA - The Indonesian business partner of the Trump group has pledged to respect Hindu traditions and follow building height restrictions at a luxury hotel and golf resort it is developing near a temple on the island of Bali.

The MNC Group, run by Indonesian billionaire Hary Tanoesoedibjo, aims to start operations at the resort next to the Indian Ocean in 2019 or 2020, said a company official.

The Bali project, which will include a six-star hotel, villas and a golf course, will be developed by MNC and managed by the Trump Hotel Collection, a subsidiary of the Trump Organization founded by US President Donald Trump.

"At the moment (the Trump project in Bali) is in the design stage. The tallest (structure) is only three-storeys," said Herman Bunjamin, vice president director at PT MNC Land Tbk , the MNC Group's property unit.

The company would follow local government rules in Bali stipulating that a building could not be taller than 15 metres (50 ft), and respect the Hindu religion, he said.

Indonesia has the world's largest Muslim population, while Bali is home to a majority of the country's Hindu minority.

"Temples will not be disturbed, temples location will not be changed," Bunjamin told reporters.

The resort is refurbishing an existing hotel complex near the Tanah Lot temple, a sensitive cultural and spiritual site for many Balinese.

Tanoesoedibjo has previously denied a media report suggesting there had been resistance from locals with some refusing to sell extra land, saying "there's no issue with the residents".

Bunjamin said the company would focus on 110 hectares (272 acres) of land it already had and would only look to expand if there were land owners who wanted to sell at the right price.

MNC also has another partnership with the Trump Organization to manage a luxury resort in Bogor on Java island.

Tanoesoedibjo, the chairman and chief executive of MNC Group, has previously said his group plans to invest between US$500 million (S$700 million) and US$1 billion in the two resorts.

MNC is investing up to 2.7 trillion rupiah (S$285 million) in the hotel project, which will also include an office tower, Tanoesoedibjo said.