Taiwanese President Tsai Ing-wen says she intends to run for a second term in 2020, as the self-ruled island comes under growing pressure from Beijing.

Tsai announced her plan to join the election race during an interview with CNN, saying she wanted to "complete" her vision for Taiwan and was "confident" she could win.

"It's natural that any sitting president wants to do more for the country and wants to finish things on his or her agenda," Tsai told CNN during an interview aired on Tuesday.

Tsai resigned as chairwoman of the independence-leaning Democratic Progressive Party in November after a crushing defeat in the island's local elections by the opposition Kuomintang, which favours closer ties with Beijing.

But she told CNN that soured relations with Beijing were not the key factor behind her party's poll setback - rather, it was the tough reform agenda she has been pushing since she took office. 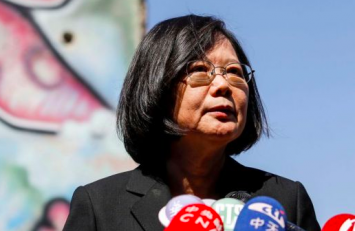 "You get attacks, you get criticism - the people don't feel the result of the reform so much when you've just started," Tsai said.

She revealed her decision to seek re-election as politicians on the democratic island are poised to begin campaigning for the 2020 presidential race in the next few weeks.

Former New Taipei mayor Eric Chu, who was defeated by Tsai in 2016, has also said he would seek nomination from his party, the KMT, to run for president in 2020.

Independent Ko Wen-je, the popular mayor of Taipei, has also been widely tipped as a strong contender to challenge Tsai, though he has yet to indicate whether he will join the race.

Tsai announced her re-election bid at a time when relations between Beijing and Taipei have become one of the thorniest geopolitical flashpoints between China and the United States, which has stepped up support for the island amid growing mainland assertiveness.

In December, US President Donald Trump signed into law the Asia Reassurance Initiative Act, calling for continued arms sales and more official exchanges between Washington and Taipei - a move that infuriated Beijing, which accused Washington of interfering in its internal affairs.

Cross-strait relations deteriorated after Tsai took office in 2016 and refused to accept Beijing's view that Taiwan, with a population of 23.5 million, is part of China. Beijing responded by cutting official contact with the Tsai government and ramping up pressure on the island, including by poaching five of Taipei's diplomatic allies. 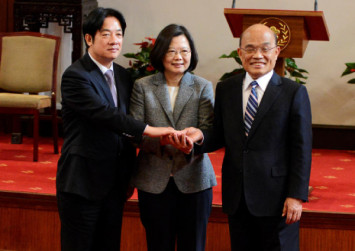 Last week, a group of US specialists on Chinese affairs released a report urging Washington to be ready to deter Beijing aggression towards Taiwan and to help the island develop a strategy to tackle the mainland's expansion in the region.

Tsai now has strong support from within her party to run for a second term, according to Shih Cheng-feng, a political science professor at National Dong Hwa University.

"There had been criticism of her policies from some DPP heavyweights, but those politicians did not do well in the November 24 local elections, making it hard for them to continue to criticise her," Shih said.

"Also, her stern rejection of Chinese President Xi Jinping's calls for unification using the 'one country, two systems' model under the one-China principle in January was welcomed and supported by the public, increasing her popularity and reaffirming her status as the Taiwanese leader who dares to challenge Beijing."