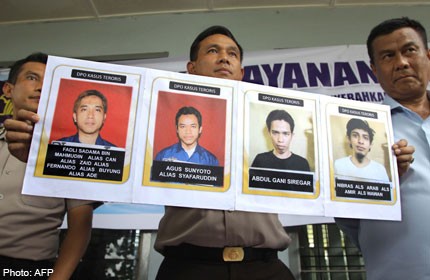 "They are currently being held at Kandis Police sub-precinct [in Siak]," Boy said over the phone on Thursday.

Agus and Ridwan are among the 218 inmates who escaped the overcrowded prison on July 11 following a protest against poor facilities and a stricter policy on remissions.

The two were part of a 16-man gang that stole Rp 370 million (S$44,000) from a CIMB Niaga Bank in Medan and attacked Hamparan Perak Police sub-precinct in Deli Serdang regency, North Sumatra in 2010.