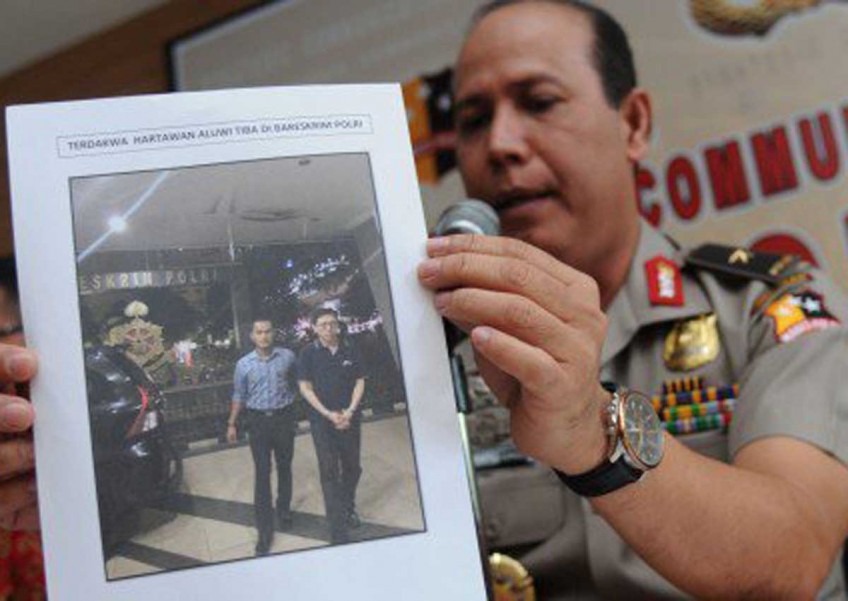 Deported by Singaporean authorities for possessing an expired residential permit, Hartawan is reported to have spent years on the run in the neighbouring country of Singapore.

"Based on coordination efforts carried out by our officers there [in Singapore], he was sent home to Indonesia yesterday. We arrested him as soon as he arrived at the airport," the National Police spokesman Brig.Gen. Boy Rafli Amar said as quoted by Antara news agency on Friday.

Hartawan had been the commissionaire at PT Antaboga Delta Sekuritas Indonesia, a suspect company involved in the Bank Century scandal that resulted in Rp 3.11 trillion (S$316.27 million) in state loss.

The Central Jakarta Court sentenced Hartawan, who was not present at the trial, to 14 years in prison on July 28, 2015. He is said to have relocated to Singapore in 2008.

While his passport had expired in 2012, Hartawan's residential permit expired in February 2016.

"Thanks to our coordination with the Singaporean government, the authorities revoked Hartawan's permanent residence status," he said, adding that following the revocation Singaporean's authorities had deported Hartawan back to Indonesia.

Four police officers joined Hartawan on the flight to Indonesia without him knowing. Upon arrival, the officers' arrested Hartawan. He is currently detained at the National Police headquarters.

Boy refused to give details on the whereabouts of the wanted men.

"We continue to coordinate with Interpol," he said as quoted by kompas.com.

Hartawan's arrest followed closely on the heels of the arrest of Samadikun, a fugitive related to the Bank Indonesia liquidity support case. On Thursday evening, the Attorney General's Office in conjunction with the State Intelligence Agency (BIN) announced the safe return of Samadikun to Indonesia. He fled Indonesia 13 years ago in an effort to avoid a four year prison sentence for his part in a case that caused Rp 169 billion in state loss.