Typhoon Koppu the most destructive in Philippines this year 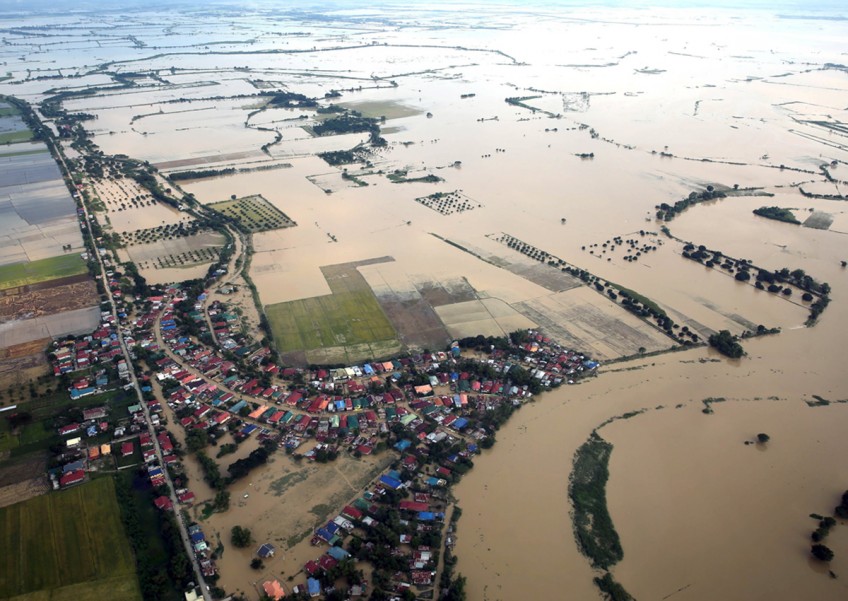 ALTHOUGH it has weakened into a low pressure area, "Lando" is the most destructive typhoon to hit the country so far this year, leaving behind more than P7.3 billion (S$218 million) in damage to agriculture and infrastructure, and at least 41 lives lost.

"So far, for this year, Lando is the worst in terms of the casualties and the damage it caused. We hope this will be the last," said Romina Marasigan, spokesperson of the National Disaster Risk Reduction and Management Council (NDRRMC.)

Lando (international name: Koppu) was the 12th storm to batter the Philippines this year. When it first struck the east coast of Luzon on Sunday morning, its gusts reached 210 kilometers an hour, making it the second strongest storm to hit the country this year.

As of Thursday afternoon, the low pressure area was spotted 240 km east of Basco, Batanes.

Of the damage recorded all over Luzon, P6.43 billion was accounted for by agricultural crops and P902.39 million by infrastructure.

So far, the agency has confirmed 41 deaths in Luzon, 78 injured and five still missing.

In its update on Thursday, the NDRRMC said the typhoon affected 1,242,239 persons in the Ilocos, Cagayan Valley, Central Luzon, Calabarzon, Bicol, Metro Manila and the Cordillera Administrative Region (CAR).

So far, local authorities, the Department of Social Welfare and Development and nongovernment units have given P23.21 million worth of assistance to the affected families.

Since hitting land on Sunday, the NDRRMC has monitored 765 flooding incidents in the provinces of Pangasinan, Isabela, Nueva Ecija, Tarlac, Bulacan, Pampanga, Zambales, Cagayan and Benguet.

Floods and landslides caused 101 roads and 11 bridges in northern and Central Luzon to be impassable, while 18,758 houses were damaged.

In a report, DPWH Bureau of Maintenance Thursday said that damage to flood control projects alone amounted to P435.56 million.

Central Luzon topped the list with damage reaching P448.96 million, including more than P218 million worth of flood control facilities and P145 million in damaged bridges.

The DPWH also reported that as of Thursday morning, sections of 39 national roads in northern and Central Luzon remained closed to vehicular traffic due to landslides, floods, sunken roadways and fallen electric posts, trees and other debris.

Twenty-five of these roads are in CAR while the remaining 14 are in Central Luzon.

Also impassable to all types of vehicles are eight roads in Benguet province; five in Tarlac; four each in Kalinga and Pampanga; three in Mountain Province; two each in Abra, Apayao, Ifugao, Bulacan and Nueva Ecija; and one in Aurora.

The DPWH office in Cagayan Valley said the landslide-prone Dalton Pass in Nueva Vizcaya had been cleared and opened to two-way traffic on Wednesday morning.

DPWH Director Nerie Bueno in Cagayan Valley told the Inquirer that the regional office had "prepositioned road-clearing equipment and field personnel who will promptly respond to rescue and clearing operations along national highways and bridges in the region."

However, the "road sections were promptly cleared and opened to traffic at 8:30 a.m. the following day," she said.

Later that day, an undisclosed number of vehicles were stalled in Sta. Fe after three trailer trucks broke down in separate locations in the municipality.

"This led some undisciplined motorists to counterflow on both lanes, causing traffic buildup," said Bueno.

The DPWH field staff "coordinated with the provincial government in controlling the situation."

[[nid:230899]]
SUBSCRIBE TO OUR NEWSLETTER
Your daily good stuff - AsiaOne stories delivered straight to your inbox