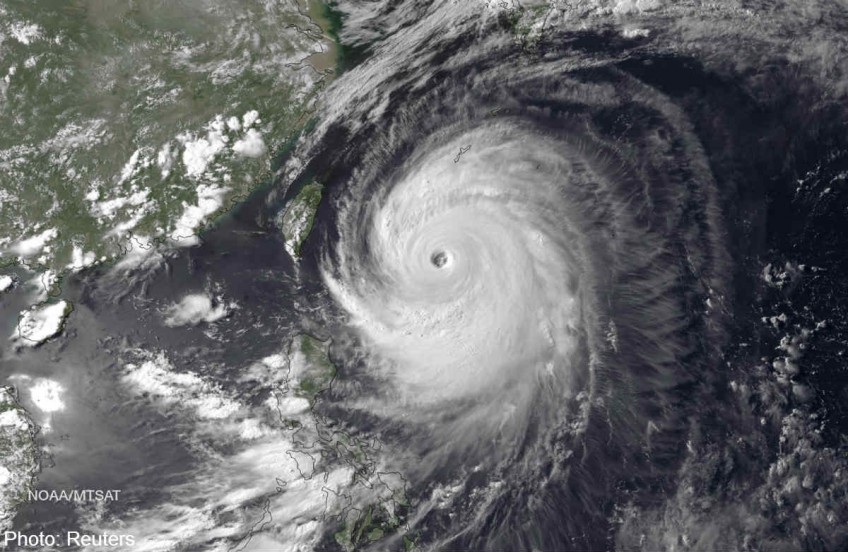 TAIPEI, Taiwan - The Central Weather Bureau (CWB) revealed yesterday that it may soon issue typhoon alerts for the land and sea, as the path of Typhoon Matmo (麥德姆) has been observed to have altered slightly south, bringing it closer to the main island of Taiwan.

The news was released soon after the CWB updated its latest observations yesterday. Though predicted to be a weak typhoon, Matmo is closer to Taiwan than the CWB had originally observed. CWB has stated that it could issue a typhoon warning on the sea, and has not ruled out the possibility of issuing a land warning as well.

According to the CWB, Matmo is currently located 1,970 kilometers southeast of Cape Eluanbi, and is approaching Taiwan, albeit at a slow pace due to lack of steering currents in its surroundings.

As it is far from Taiwan and moving slowly, further observation will be needed before an official alert can be made. However, the typhoon is located in an area that will provide it with the most optimal circumstances to become stronger. Given the right conditions, it is possible that Matmo could turn south again, making it the first typhoon to land on Taiwan this year. July 21 would be a key day to tell if the typhoon will enter Taiwan the CWB said.

Thunder showers have also been predicted for the entire country this afternoon. Temperatures are also likely to range from 34 to 35 degrees Celsius. UV levels have also been forecast to reach over-high levels. The CWB has stated that proper heat and rain protection should be observed for families this weekend, while keeping proper hydration in mind.