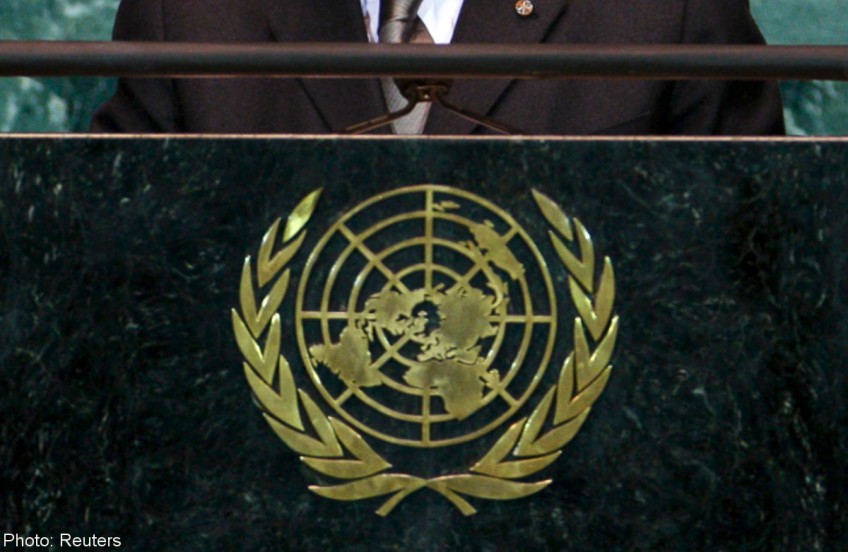 ISLAMABAD: The United Nations has expressed concerns over the increasing number and frequency of executions in the country since Dec 2014 and called for reinstatement of the moratorium on death penalty.

"The world body is concerned at the government's recent announcement that it has now withdrawn its moratorium on the death penalty for all cases, not only those related to terrorism. It is also concerned about cases where the death penalty was handed to minors and welcomes reviews of these cases, such as the recent case of Shafqat Hussain," the UN said in a statement issued here on Thursday.

"The UN has consistently called for an unequivocal end to the execution of anyone, anywhere, who is convicted of committing a crime when they are under the age of 18," the statement says.

According to an estimate, there are more than 8,000 prisoners on death row in the country.

The UN believes that there is no scientific proof that death penalty serves as a deterrent or contributes to combating crime or violent extremism. "While we appreciate the need for effective counter-terrorism measures to protect people, including children, such action must strengthen human rights and be proportionate and necessary in a democratic society," the statement says.

UN Secretary-General Ban Ki-moon has stated that death penalty has no place in the 21st century, reflecting the worldwide sentiment against capital punishment. More than 160 UN member states having a variety of legal systems, traditions, cultures and religious backgrounds have either abolished death penalty or do not practice it.

UN High Commissioner for Human Rights Zeid Ra'ad Al Hussein has expressed regret at the resumption of executions in Pakistan, saying that no judiciary - anywhere - can be infallible.

The world body has also offered assistance in strengthening the justice system in the country.

Under international treaties, particularly the International Covenant on Civil and Political Rights and the Convention on the Rights of the Child, Pakistan has legally committed to ensuring due process and not imposing the death penalty. Moving away from death penalty will not contribute to human development, dignity and rights, the statement says.