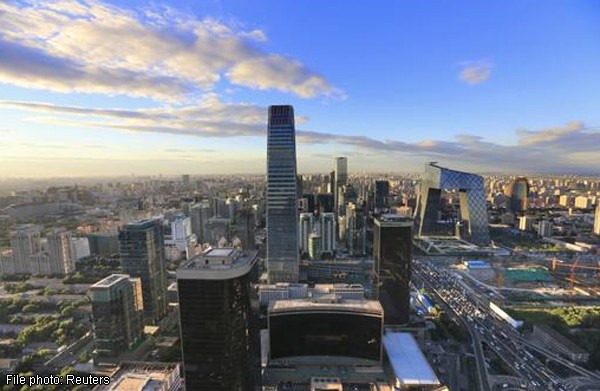 Uncertainties remain high over the security landscape of East Asia for 2015, as China pushes to increase its geostrategic clout, Japan to secure a greater military role and North Korea to break out of deepening isolation.

Hopes still linger that a reconciliatory mood may emerge as the region marks the 70th anniversary of the end of World War II. Yet, pessimists forecast another tumultuous year, noting persistent historical and territorial disputes, security rivalries and emergent nationalism.

Above all, how the Sino-US rivalry will unfold is by far the most crucial issue facing the region. Projections for the bilateral ties vary with many anticipating their relationship will continue to be a delicate mixture of cooperation and confrontation.

Experts called for countries in the region to refrain from employing shortsighted approaches to tackle security challenges, stressing the need to exercise restraint and prudence to steer the region in the direction of co-prosperity and stability.

For North Korean leader Kim Jong-un, the year 2015 is special, as it is the first since the end of the three-year national mourning period for his iron-fisted father Kim Jong-il that he will be ruling the communist state.

This year is also meaningful for the ruler as the country marks the 70th anniversary of the establishment of the country's ruling Workers' Party, the principal entity through which the dynastic regime has controlled the hermetic state.

Analysts said that amid growing isolation stemming from its nuclear development, human rights violations and cybervandalism, the young ruler could craft his own external policy course that may be confrontational.

"He (Kim) will feel free to set out on his own course for ruling North Korea potentially even more than he has over the last three years. This could apply as much to aggressive actions the regime decides to take," Bruce Bennett, a senior defence analysts at the think tank RAND Corporation.

For both internal and external audiences, Kim, besieged by the international community, may be driven to carry out major provocations this year. They will be things with plausible deniability like the recent cyberattack on Sony Pictures, Bennett noted.

"North Korea has traditionally done many of these provocations primarily for internal political purposes. Therefore, if North Korea carries out a provocation in 2015, Kim Jong-un will likely be showing that he is concerned about instability in North Korea," he said.

Patrick Cronin, security expert at the think tank Center for a New American Security, also expected Pyongyang to set off provocative actions including a fourth atomic test that would further enhance its nuclear weaponization capability.

"Another major expectation would be that North Korea, rather than seizing 2015 as a year in which to shift course to a less confrontational policy, will plow ahead with a fourth nuclear test, further missile launches and other asymmetric provocations," Cronin said.

"Cyberattacks are hard to attribute, making them among the most likely future, if not also recent past, provocations from Pyongyang. These provocations, however, will bring North Korea less rather than more stability."

The prospect of Pyongyang's provocations has also been raised as the regime has declared the year 2015 as the year for completing military preparations to achieve reunification.

Given that economic reconstruction remains a top priority for Pyongyang, some observers said the regime might seek improved ties with the outside world ― particularly with South Korea as the US maintains what critics call a policy of strategic indifference and China has become diplomatically estranged from its recalcitrant ally.

Although the North does not have any sincere intentions to bargain away its nuclear programme, the only guarantor of his regime's survival, it is expected to step up efforts to resume the multilateral denuclearization talks to gain economic concessions, analysts said.

Kim has been under growing pressure to shore up the debilitated economy amid increasing discontent among his starving people.

Economic recovery is also one crucial legacy task for Kim to declare his country as a "strong, prosperous" nation given that the North claims it has already become a strong nation ideologically with its "juche" (self-reliance) ideology and militarily with its nuclear programme.

Projections for China's foreign policy course in 2015 also vary: Some say China would push to flesh out and implement a series of bold security and economic initiatives ― laid out last year ― and they could cause friction with the US Others say that struggling with a slew of domestic challenges, China may refrain from taking too confrontational a foreign policy approach.

"I think that (with the reactions from the outside regarding last year's initiatives) China may seek a milder, cautious external policy approach, while constantly searching for ways to maximise its national interests," said Kim Heung-kyu, China expert at Ajou University.

"While seeking to promote a change to a multipolar international system from the US-led regional order, China would also continue its endeavours to alter the norms, rules and institutions to befit the era of a more multipolar world."

In 2014, China took a series of bold steps to carve out a central role for regional security, trade, finance and other various sectors, which has caught the US and its neighbouring states by surprise and caused them to wonder what its true intentions were.

The steps include a call to create an exclusively Asian security architecture and the establishment of the Asia Infrastructure Investment Bank, which is seen as an entity to challenge financial institutions that have been dominated by the West and Japan.

They also include China's push for a "maritime silk road," a massive long-term project to build ports and other elements of maritime infrastructure in partner nations, primarily in Southeast Asia, a geostrategically crucial region linking the vital Indo-Pacific sea routes.

All these external policy steps have sparked speculation that China is seeking to revise the regional order in constant pursuit of global dominance on the back of its increasing military and economic prowess.

Last year, China's economy surpassed that of the US in terms of purchasing power parity to become the world's largest. The US had topped the PPP list since 1872. Though it does not represent China's economic superiority, compared with the nominal GDP measure, the PPP ranking is seen as a crucial milestone in China's economic advancement.

Backed by such economic coups, China's revisionist moves are expected to continue in line with President Xi Jinping's drive for a "new type of major-power relations" with the US

Xi has strived to formulate the relationship under three principles: no conflict or confrontation through promoting dialogue; mutual respect for each other's core interests and key concerns; and win-win cooperation by overcoming the zero-sum game mentality.

Though the principles can hardly be objectionable, the two sides differ over the detailed definition of the great-power relationship, which may continue to remain a source of friction for the year 2015, observers noted.

Well aware that its military and economic gaps with the US remain large, China is likely to seek strengthened ties with neighbouring states, which may serve as a critical element to determine the future balance of power in East Asia. But on the issue of maritime sovereignty, an area it classifies as a "core interest," China may maintain a hardline stance, analysts presume.

"Chief among those expectations (for 2015) would be the likelihood that China's rise will continue to sow tensions on its periphery, especially among its maritime neighbours," said Cronin of the CNAS. "These tensions will coexist with increased Chinese investment and commerce with most of its neighbours, including South Korea."

On the issue of the US-Russia standoff over the Ukraine crisis, China is expected to remain cautious to enhance its strategic influence and interests, said Kim Heung-kyu of Ajou University.

"Amid the escalating conflict between the US and Russia, China may refrain from taking any side, but try to maintain a delicate balance in its external policy, and seek to maximise its national interests from the conflict," he forecast.

In 2015, the Abe government, buoyed by the December electoral feat, is expected to push for its security agenda including garnering legal grounds for its exercise of the right to collective self-defence ― the use of force to aid an ally under attack.

However, Tokyo's foremost priority will be placed on the revitalization of the slowing economy ― the most critical issue that may limit Abe's drive for "active pacifism" to make Japan a "normal state" equipped with a full-fledged military.

"Still there is pessimism over the outlook of Abe's economic policy, called 'Abenomics.' There has been much talk of constitutional revision, collective self-defence and so and so, but I am highly doubtful whether Abe has room in his mind to cope with all these security issues," said Lee Jung-hwan, Japan expert at Kookmin University.

In the third quarter of last year, Japan's economy shrank nearly 2 per cent in annual terms. The world's third largest economy contracted for two consecutive quarters, having fallen into a technical recession.

Though it may be too early to determine the performance of Abenomics, the negative growth has deepened skepticism over the three-pronged campaign consisting of monetary policy, fiscal policy and economic growth strategies.

Despite the economic challenge at hand, the premier may continue to pay key attention to his security agenda to handle an assertive China and provocative North Korea during his term that is to last four years thanks to the victory in the lower-house election.

During his second term between 2012 and 2014, Abe pursued a set of measures to advance his security agenda that includes establishing a national security council; passing a secrecy law; increasing defence spending; lifting an arms export ban; and forming a marine unit.

But these moves have triggered security concerns from South Korea and China, as Tokyo has failed to fully atone for its wartime wrongdoings including the sexual enslavement of Asian women during World War II.

A turning point in Tokyo's foreign relations is expected in August this year when Abe is expected to release a statement to mark the 70th anniversary of the end of World War II.

"It would be difficult to deny Japan's past apologies for colonial-era misdeeds in the statement or take a stance totally different from what past governments maintained," said Lee Won-deog, international relations professor at Kookmin University.

"But I think he would give a little bit of his own nationalist colour to the statement, while maintaining the largely similar stance that past governments have shown."