Nine of South Korea's Confucian academies have been recommended by a UNESCO council to be inscribed on its World Heritage List, the Cultural Heritage Administration said Tuesday.

The CHA said it has been notified by UNESCO's International Council on Monuments and Sites of the recommendation made on "Seowon, Korean Neo-Confucian Academies." The application for World Heritage inscription had been under deliberation since January 2018.

Seowon were educational facilities of the Joseon period (1392-1910), which also served as libraries, publishing houses and venues for discussing social and political matters. They were also places where renowned Confucian scholars were honoured.

According to the CHA, seowon have outstanding universal value because they contributed to the spread of Neo-Confucianism during the Joseon period while simultaneously being evidence of the widespread adoption of the philosophy during the era. 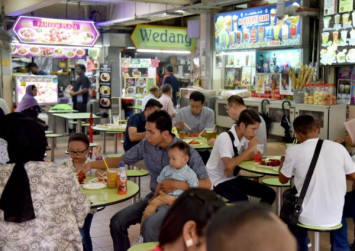 ICOMOS, however, also recommended the country prepare a comprehensive preservation plan for all nine academies, which the CHA plans to do via co-operation with provincial governments.

Whether seowon will be formally inscribed will be decided at the 43rd meeting of the UNESCO World Heritage Committee in Baku, Azerbaijan, which will be held from June 30 to July 10. If inscribed, South Korea will have 14 items on the World Heritage list.

This is South Korea's second attempt to add Seowon to the UNESCO list. The first attempt was deferred by the ICOMOS in April 2016.