TAIPEI, TAIWAN - Officials at National Chengchi University has suspended all teaching activities by one of its instructors after reports claimed he sexually harassed multiple students.

Chen said she had requested the Education Ministry take action. 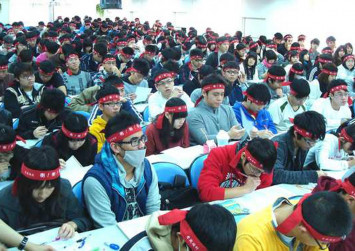 After the allegations surfaced online, school officials alerted the Education Ministry, which has formed an investigation task force.

The instructor is currently still allowed on school premises; however, a class scheduled to be led by the instructor Tuesday has been cancelled and final examinations for the semester will be conducted by a substitute.

University officials said results of the task force investigation would be forwarded to an instructor evaluation committee. Should evidence point to sexual harassment by the instructor, he could be terminated.

Legislator Chen said the instructor, a foreign passport holder, should not be allowed to leave the country until the investigation is completed.

While hotlines exist on campus to report such incidents, Chen urged the Education Ministry to establish its own sexual harassment and assault prevention hotline.