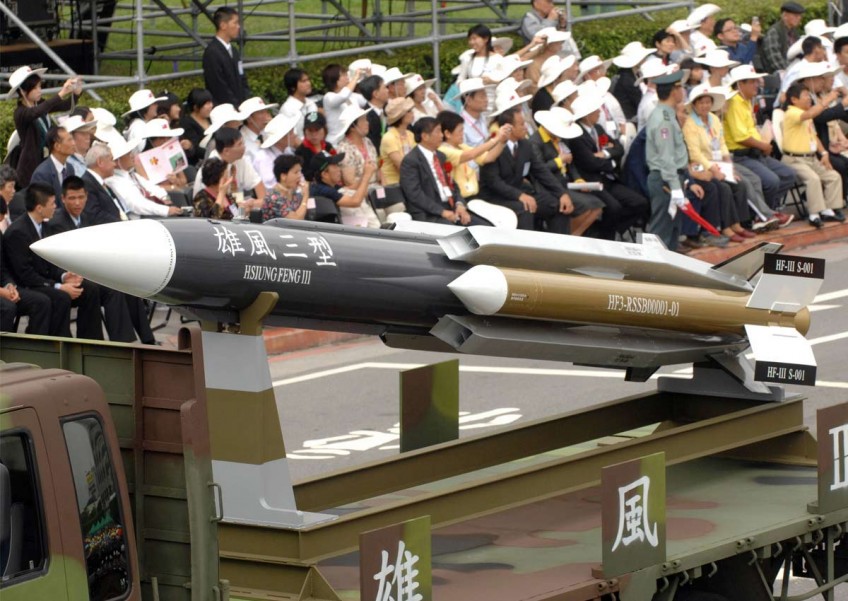 Taiwan's military authorities said a lethal anti-ship missile was "mistakenly" launched and fell into the Taiwan Strait as ties between the island and former bitter rival China deteriorate.
AFP

TAIPEI - The US conveyed concern to the Taiwanese government following Friday morning's accidental firing of a Navy missile.

Speaking during a legislative session in Taipei, Lee said the ministry had informed the American Institute in Taiwan's (AIT) political section of the incident on Friday afternoon.

In response, the US expressed concern over the incident and promised to offer technical assistance, Lee said.

Aside from the US, MOFA has also informed other world powers and countries in the region about the incident, including Japan and Singapore.

The minister added that Taiwan has also briefed the home countries of the two foreign fishing workers injured in the incident. The three individuals injured on Friday included one fishing worker from the Philippines and another from Vietnam.

Lee made the comments during the session when he briefed lawmakers on President Tsai's recently concluded trip to two of the country's allies, Panama and Paraguay for the inauguration of the expanded Panama Canal on June 26.

"We are not going to comment on the substance of our private discussions," she told The China Post in an email on Friday.

The missile was accidentally fired from a vessel in Kaohsiung's Zuoying Military Harbour at 8:15 a.m. Two minutes later, the missile hit a fishing vessel approximately 40 nautical miles away.

Superior officers were not present when the missile, which was set to the wrong launch mode during a drill, was launched, the Navy said.