US to send warship close to South China Sea islets 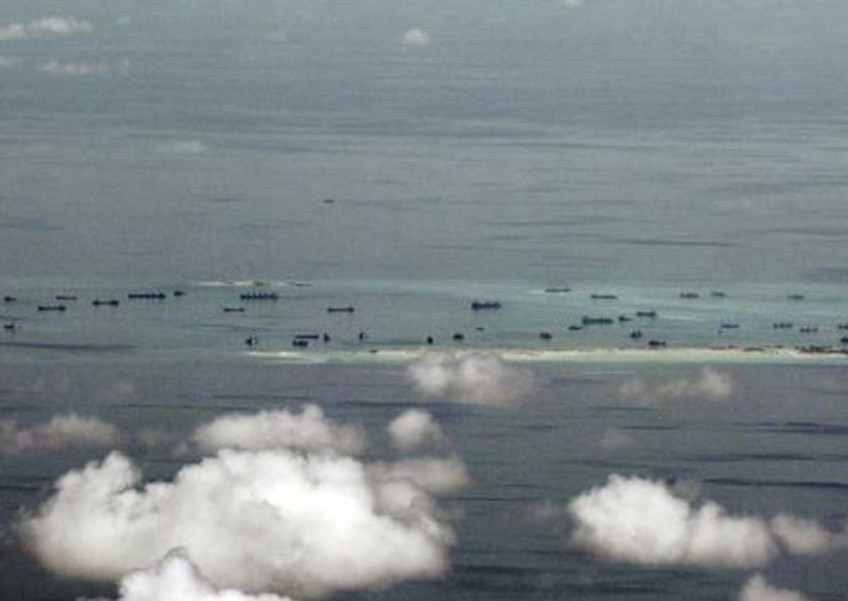 An aerial file photo taken though a glass window of a Philippine military plane shows the alleged on-going land reclamation by China on Mischief Reef in the Spratly Islands in the South China Sea, west of Palawan, Philippines, on May 11, 2015.
Reuters

In a move sure to anger Beijing, the US Navy plans to send Tuesday a destroyer close to artificial islands China is building in the South China Sea, a US official said.

Speaking on condition of anonymity, the official told AFP that the guided missile destroyer USS Lassen would sail within 12 nautical miles of the emerging land masses in the Spratly Islands.

Tensions have mounted since China transformed reefs in the area - also claimed by several neighbouring countries - into small islands capable of supporting military facilities, a move the US says threatens freedom of navigation.

Washington has repeatedly said it does not recognise Chinese claims to territorial waters around the artificial islands.

"We operate routinely in the South China Sea and we'll sail in international waters at a time of our choosing," the official said.

He added that the USS Lassen would come within proximity of the islands, while also ensuring safe navigation.

Beijing insists it has sovereign rights to nearly all of the South China Sea, even waters close to the coasts of other states.

The sea is a strategically vital waterway with shipping lanes through which about a third of all the world's traded oil passes, and the dispute has raised fears of clashes.

Satellite images of the islands show that China has reclaimed millions of square feet (meters) of land in the Spratlys, known as Nansha in Chinese.

Imagery also shows China has built a host of facilities, including as many as three runways.

The work has been seen as an attempt by Beijing to assert its territorial claims by establishing physical facts in the water, although international law says they can only arise from naturally occurring geographic features.

An editorial in the Global Times, which is close to China's ruling Communist party, this month condemned Washington's "ceaseless provocations and coercion" and said the Chinese military should use force if the United States "encroaches on China's core interests." Brunei, Malaysia, the Philippines and Vietnam - members of the Association of Southeast Asian Nations (ASEAN) - also claim parts of the sea. Taiwan is a sixth claimant.