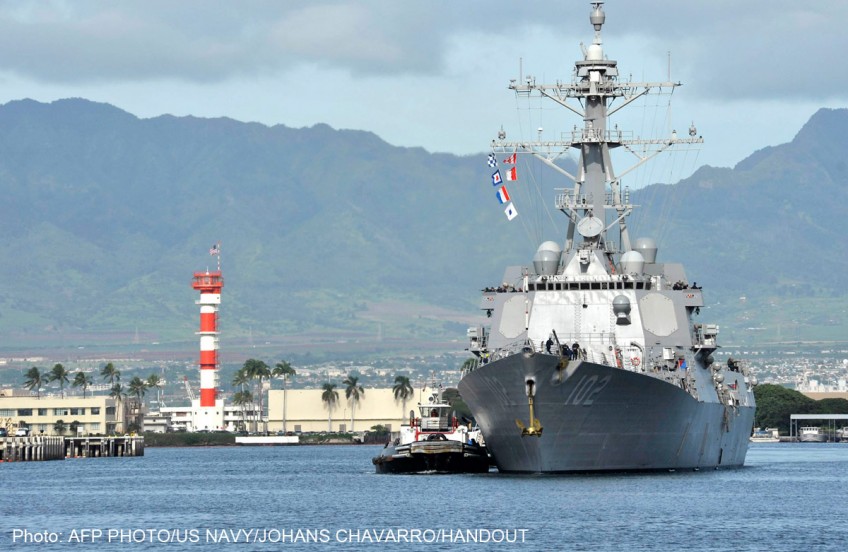 This US Navy photo obtained December 30, 2014 shows the San Diego-based guided-missile destroyer USS Sampson (DDG 102) as it arrives on November 6, 2014 at Joint Base Pearl Harbor-Hickam for a scheduled port visit.

The American vessel found the bodies at a location that was not far from the last known position of the flight, which crashed on Sunday, Dec. 28 with 162 people on board. Supriyadi explained that the search and recovery area was being extended around the airplane's last known position, due to the probability of sea currents carrying the floating bodies further afield.

"The bodies found will all be airlifted back [to Pangkalan Bun]," Supriyadi said on Friday as quoted by tempo.co.

Earlier on Friday morning, another two bodies were found by an Indonesian and a Malaysian vessel, bringing the total body count to 16.

On Friday afternoon, four bodies were airlifted by an American Seahawk helicopter to Pangkalan Bun, and were then transferred to the city's Sultan Imanuddin Hospital.