Valuation of damaged apartments in Tianjin leave some unsatisfied 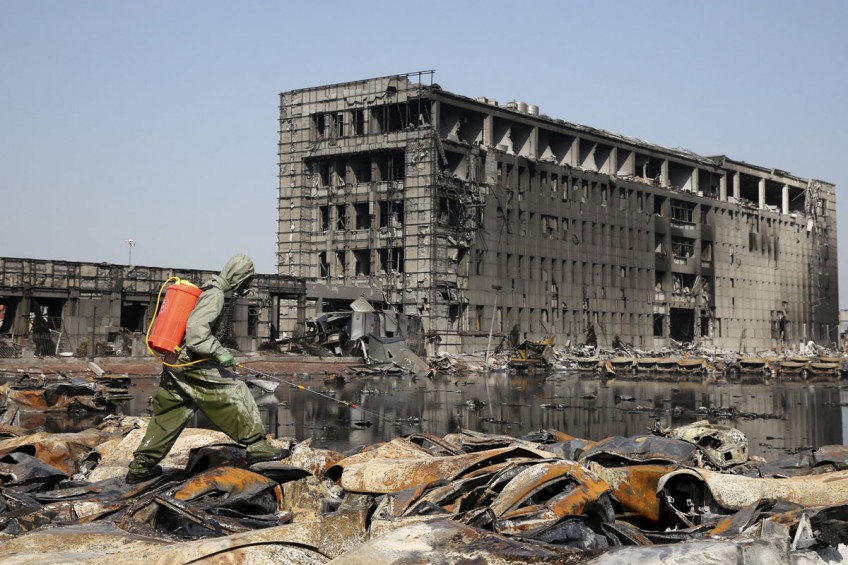 A People's Liberation Army (PLA) soldier of the anti-chemical warfare corps in protection suit sprays liquid on the debris at the site of last week's blasts in Binhai new district of Tianjin, China.
Reuters

Not all the owners of apartments damaged in last month's blasts in Tianjin are satisfied with the valuation given their properties.

On Aug 30, the Housing Management Department in the Tianjin Binhai New Area announced that damaged apartments at seven residential compounds could be sold to an association of State-owned property developers.

The price is 1.3 times the higher of either the purchase price or the market value before the accident. The market values, released on Monday morning, were calculated by Tianjin Fangda Real Estate Evaluation - a company chosen by the apartment owners.

Cui Xianfeng spent about 810,000 yuan three years ago on an apartment in Vanke Haigangcheng, which is located about 700 meters from the blasts. He can receive about 1.35 million yuan based on the evaluation, including 10,000 yuan for damaged furniture.

"Since the subsidy given by the government for temporary housing after the accident was not very satisfactory, we were not very optimistic about the evaluation. However, the result didn't let me down," said Cui, 29. Each affected household was given 6,000 yuan to rent an apartment for three months after the Aug 12 blasts.

Cui said it is lucky that his family was not injured in the accident, which claimed 173 lives.

"A friend of my daughter, a one-year-old boy, had his hearing impaired by the blasts. I'm afraid no matter how much compensation they receive, it won't heal the pain of the child and the parents," he said.

However, Li Bao, who lived in Qihangjiayuan, thought the result was unfair. He said he understands that the price of each residential compound varies, but the problem is compensation for renovations and decoration.

According to the policy, 13 per cent of the 1.3 times price is for renovations and decoration.

"The evaluated price of our residential compound is about 4,000 yuan lower than the highest one. It translates to about 500 yuan difference in compensation for decoration, which is unfair," said Li.

"What is more unfair is that our apartments were not decorated when sold, so we spent about 100,000 yuan on renovating. In contrast, some residential compounds were already decorated when they were sold and it means that 13 per cent is a bonus," he said.

Chang Zhi, who was also a resident in Qihangjiayuan, bought an apartment at about 8,200 yuan per square meter in 2012, and the evaluated market price is 10,800 yuan.

"I find the result not that hard to accept. But I know many of those who bought at a price above 10,000 yuan per square meter were mad," he said.

"For me, it is impossible to buy a similar apartment nearby. There are not many apartments available in that area. And it will be a demanding task to find an ideal apartment and do the decoration all over again."

Tianjin Fangda Real Estate Evaluation was not available for comment on Tuesday afternoon.