A video of unknown divers riding a whale shark in Indonesia went viral on Thursday night.

In the 22-second clip, a group of divers can be seen touching and even riding it.

The video was first uploaded by Akhadi "Kaka" Wira Satriaji, the frontman for legendary rock band Slank, on his personal Twitter account @fishGOD.

"Someone informed me that the video [was taken] in Cenderawasih Bay [National Park]," he posted, tagging Maritime Affairs and Fisheries Minister Susi Pudjiastuti and Environment and Forestry Minister Siti Nurbaya Bakar's Twitter accounts.

Susi responded to the post, saying that the careless action was actually prohibited. 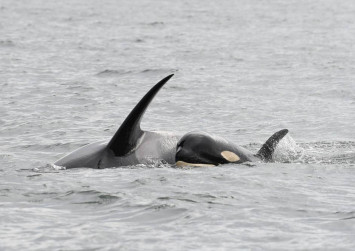 The minister told kompas.com on Friday via text message that ministry was currently investigating the video.

On Twitter, the organisation replied that it always accompanied those who wanted to interact with whale sharks and briefed visitors before [diving], adding that they would also investigate the video.

The national park said most divers usually knew how to interact with whale sharks.

Its Twitter account also shared a guide on how to interact with whale sharks, informing divers that they should not touch or actively chase the whale sharks. The guide also states that divers should not make loud noises and annoy the fish.

Located in Nabire, Papua, the national park is known as the go-to place to see whale sharks, the biggest extant fish species in the world. (jes/kes)