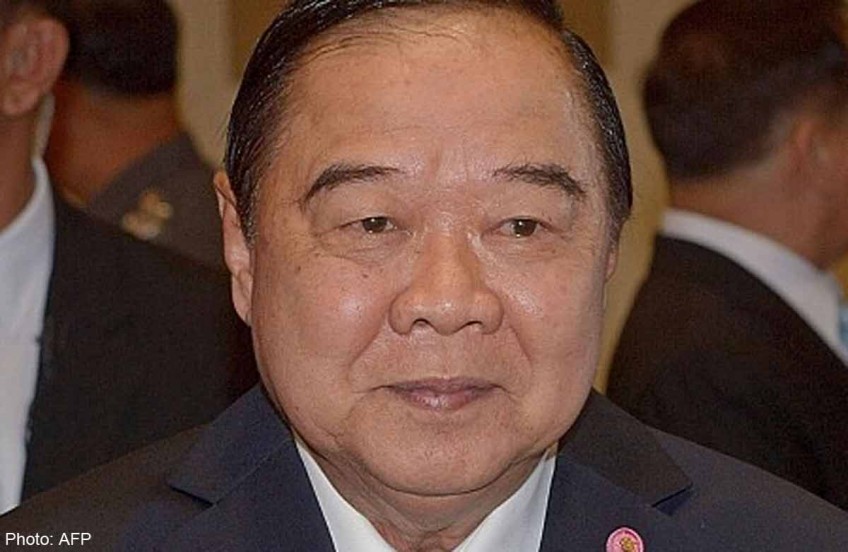 "I am waiting for information from authorities involved," he said.

National police chief Pol General Somyot Poompanmuang, meanwhile, said he has instructed the chief of the Marine Police Division to explain exactly what happened, because the information available to him now does not mention any deaths.

Foreign Ministry spokesman Sek Wannamethee said to date Vietnam had not lodged any letter of protest about the reported incident.

According to reports in Vietnam, one of the fishermen was shot dead and two injured when their vessels were accosted earlier this week, and though Thailand has admitted to the incident, it has not confirmed the casualties.

"In any circumstances, Vietnam strongly condemns inhuman treatment, the use or threat of force on Vietnamese fishermen," Binh was quoted as saying by the Thanh Nien newspaper.

Vietnam has also called on the Thai government to investigate those involved and "properly compensate" the victims and their families, Viet Nam News reported.

Thai authorities said their security vessel fired "warning shots" at the Vietnamese boats off Narathiwat province, when the intruders manoeuvred in an "aggressive" manner.

The survivors said the Thai security officials threatened in Vietnamese via loudspeaker that they would be "shot dead" and so they tried to flee.

The fishermen added that they were detained and some of them beaten before being released to their bullet-riddled vessels.

The Thai police also seized their communications equipment, they said.

Thailand should take responsibility for its actions in the interest of preserving good bilateral ties, Binh said.

Vietnam's relevant agencies have been working closely together to enhance management and supervision of its fishermen's activities to prevent violations of neighbouring countries marine territories, Binh added.