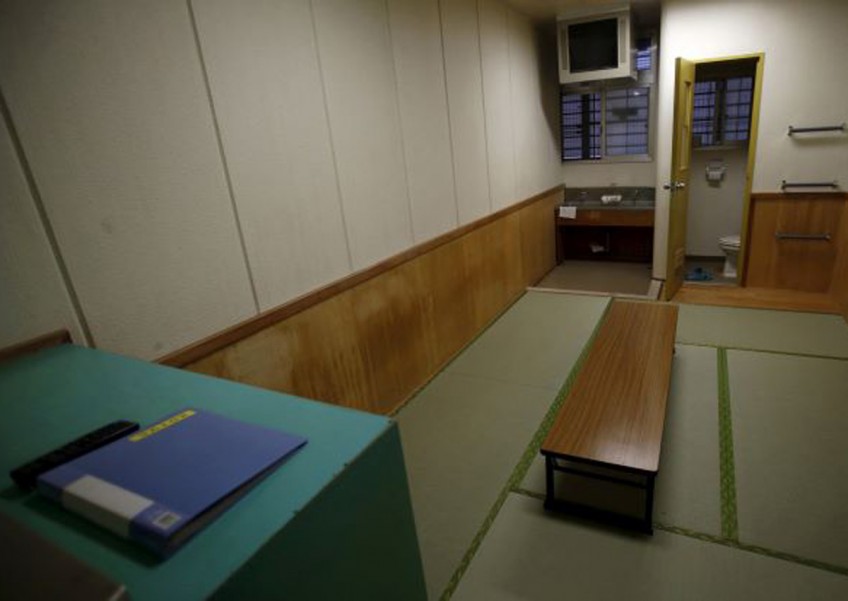 TOKYO - A Vietnamese man held in a solitary cell at an immigration detention centre in Japan died on Saturday, raising fresh questions over the monitoring of individuals in the country's detention system.

The man died at the East Japan Immigration Center in Ibaraki prefecture, northeast of Tokyo, a spokesman for the centre said on Monday.

Two men, one of whom was also held in a solitary cell, died at the same facility in 2014.

The dead man, Van Huan Nguyen, was one of more than 11,000 refugees taken in by Japan over the three decades to 2005 in the aftermath of the Vietnam War, two people who knew him said.

Reuters was not able to independently verify the man's identity.

Nguyen did not have relatives in Japan but had many friends, said one of the people.

The East Japan Immigration Center said a guard found a Vietnamese man in his forties lying unconscious in his cell at around 1 a.m. on Saturday.

The guard called an ambulance and performed cardiac massage on the detainee before he was sent to hospital, where his death was confirmed around 80 minutes later.

The centre said the cause of death was not yet known and the authorities would hold an autopsy.

It declined to say why the man had been detained, or for how long.

"The fact that someone died in a detention centre should be taken seriously," Kiyoshi Yasutomi, chairman of a watchdog that monitors the centre, told Reuters, but declined further comment, because he did not know the cause of death.

A Reuters investigation last year into the death of a Sri Lankan held in a solitary cell at a different facility in Tokyo revealed serious gaps in medical care and monitoring in Japan's immigration detention system.

The Vietnamese man's death takes to 13 the toll of deaths in Japan's immigration detention system since 2006.

Four of the cases before the most recent death were suicide.

Mental health problems are rife in Japan's immigration detention system, psychiatrists working at the centres and detainees have told Reuters.

Many detainees are held for months and even years without knowledge of when they will be released, and many develop depression, anxiety and insomnia.