Villagers pray for rain by marrying off donkeys 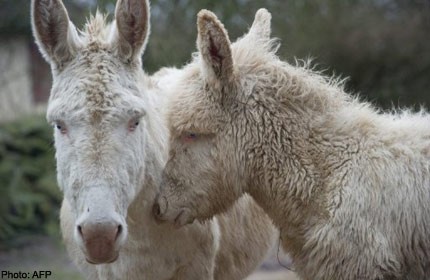 INDIA - Villagers of Kammapatti in Tamil Nadu, India, organised a wedding for two donkeys, all in the hope of rain to tide over a drought crisis in the Salem district, Tamil Nesan reported.

On Monday, the villagers adorned the male and the female donkeys with flowers before taking the animals to the Kaliamman Temple where they were married.

After the ceremony, the donkeys were taken on a procession on the streets. The residents then showered the "newlyweds" with money, followed by a grand feast similar to a normal marriage.

The villagers believed that if the donkeys were married to each other, the Gods would bless them with abundant rain.

The occasion is a superstitious practice during the Purattasi Pongal festival.