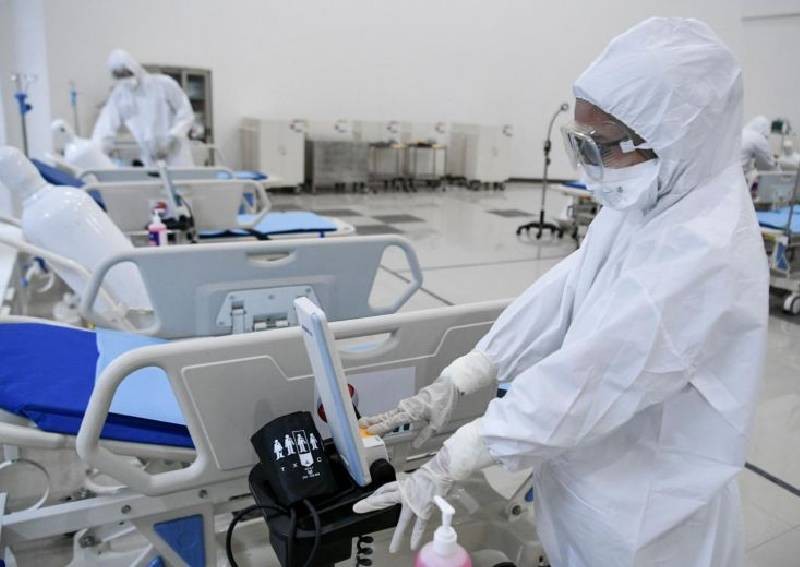 Indonesian medical staff preparing a room for patients in Jakarta on March 23, 2020.
AFP

A video showing a family uncovering the shroud of a deceased woman suspected to have been Covid-19-positive in Kolaka regency, Southeast Sulawesi went viral over social media.

The video, uploaded by several users onto Twitter, showed a family carrying the body of the dead patient into a house and later unwrapping the plastic from around it.

Kompas.com reported that the patient, a 34-year-old female, died in an isolation ward at Bahteramas General Hospital in Kendari on Monday. She had been under surveillance for Covid-19.

Bahteramas Hospital's acting head, Sjarif Subijakto, said the deceased woman had suffered from acute pneumonia. He said her family refused to allow an ambulance to take the body away in a casket. They later took it by themselves in their own car.

Rabiul Awal, the spokesperson of the Southeast Sulawesi task force for Covid-19, said he regretted the family's disobedience of the burial procedures for deceased Covid-19 patients as mandated by the World Health Organisation, although the dead patient was still only suspected to have had the disease.

"The hospital had initially wrapped the body with plastic, but the family uncovered it," Rabiul said as quoted by kompas.com. "The patient had been treated under Covid-19 standards. Only medical personnel were allowed to bathe the body while wearing protective gear."

He said such a situation occurred because of a lack of understanding of the proper protocols for handling deceased people suspected to have had Covid-19.

The dead body possessed a high risk of spreading the Covid-19 coronavirus if she eventually tested positive for the disease, the spokesperson said. Therefore, family and other mourners of deceased people suspected to have had Covid-19 were put on the lists of people under surveillance, requiring them to self-isolate at home.

Rabiul also asked the public to refrain from speculating about the patient's status while awaiting her test results. "We sent her samples to Jakarta on Tuesday. It takes three to five days until the results show up."