The time-lapse video of a Japanese office building gives a glimpse of the overtime culture in Japan.

Uploaded on the YouTube channel "Tokyo Worker" on June 3, the footage started at around 6:30 p.m., Japanese time. The building in focus belongs to car manufacturer Toyota.

For most offices outside Japan, lights would normally go out at around 8 p.m. However, for the Toyota building, and the adjacent facility, floor lights remained bright up until 10 p.m.

Footage of the Sony building uploaded on June 9 showed an even brighter workspace even after 10 p.m.

Meanwhile, advertising and PR company Dentsu strictly adhered to a lights-out policy by 10 p.m. The rule was created in response to the suicide of one of its employees in October 2016 due to overstress, according to SoraNews24. 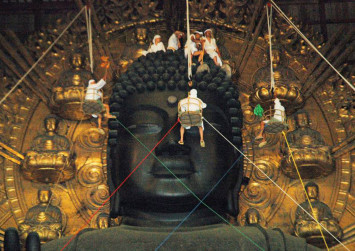 "Tokyo Workers," whose goal is not to shame companies for pushing their employees, has captured these time-lapse videos. It wants to give prospective job hunters a glimpse into a company's work culture so they have an idea on how much overtime they will actually put in. Doing so may help to reduce the number of employees who end up switching jobs every few years, according to the report.

"Tokyo Workers" cited a late-2016 study which found 31.9 per cent of college graduates ended up switching jobs within three years.

With more information on the table, perhaps the videos can help employees find the company where they fit best and throw in the years of loyal work expected of Japanese workers.