Protesters run during a crackdown of an anti-coup protest at Hlaing Township in Yangon, Myanmar on March 17, 2021.

China’s current lukewarm approach towards Myanmar’s junta is encouraging but Beijing and other major regional players must urgently step up their pressure on the generals to prevent a prolonged armed conflict, the coup-ravaged country’s parallel civilian government has said.

In a wide-ranging interview with the Post, the National Unity Government’s (NUG) Foreign Minister Zin Mar Aung said the administration was eager to engage with all foreign governments openly, and was not taking an antagonistic stance towards any particular external party.

Since its formation shortly after the coup, the NUG — comprising ousted leaders who are either currently in exile or hiding — has engaged with a range of Western and Asian governments.

While talks with the United States and European nations have taken place in the open, some of Myanmar’s immediate Asian neighbours have only engaged the shadow administration in private.

Some observers say open talks with the NUG is an important step that the international community should consider amid increasing signs that the junta chief Min Aung Hlaing has no intention of abiding by a peace road map he agreed to last year.

The NUG sees itself as the de jure and de facto government of the country. 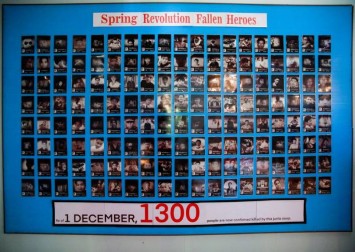 Zin Mar Aung, a former long-time political detainee, said the NUG hoped to have formal talks with Beijing, among other governments — though this has yet to materialise.

“China’s response was that power should be returned to the people, and that position of China is significant … [as] it is quite different from the way China has positioned itself before,” Zin Mar Aung said in the Zoom interview.

“We do not expect much from China … If they are against the coup [and] the military government’s use of force to remove the civilian government, they should not recognise and should not support the junta,” she said.

Asked about existing communication channels with the Chinese government, Zin Mar Aung said the NUG did not have “any kind of engagement with it” though the administration had in the past sent letters to authorities in the Chinese capital regarding its various positions on the crisis.

“Beijing also, through the embassy in Yangon, sends us information and messages that they want to inform us about or whatever message they want to convey,” she said.

Zin Mar Aung said whether China chose to engage with the NUG publicly “depends on the discretion of the Chinese government” — though she and other colleagues were open to such talks.

The official cited China’s decision not to oppose the NUG-backing diplomat at the United Nations, Kyaw Moe Tun, retaining his position and signs that it was “reluctant to engage openly” with the military as moves that were to be welcomed.

“Whenever there are positive steps, we always send our appreciation. If the Chinese government were to engage with the NUG, that shows encouragement and … in a way recognition of our position,” she said.

She added: “We have always kept the door open … not just for China, not just for the Western countries or the European countries. We open the door to engage and communicate with all the neighbouring countries”. 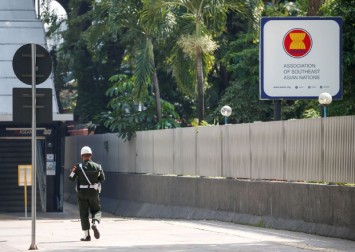 In the 30-minute interview, Zin Mar Aung took a stern tone in discussing the actions of the 10-nation Association of Southeast Asian Nations (Asean). The bloc has come into focus in recent weeks amid a deep divide over the handling of the military junta.

The differences involve earlier plans by Cambodia, the current Asean chair, to adopt a policy of engagement with the junta despite Min Aung Hlaing’s prevarication over the grouping’s “Five-Point Consensus” peace plan reached last April.

Countries like Indonesia, Malaysia and Singapore are steadfast in their positions that Min Aung Hlaing and other junta officials must be excluded from Asean’s high-level meetings until there is progress in implementing the plan.

Zin Mar Aung said the differing approaches were not helping the situation. “My message to Cambodia as Asean chair is that they need to step up … as a chair they need to bring a more coordinated approach so that they can act effectively,” she said.

On the possibility that Asean countries resolve to give the NUG a seat in future meetings, Zin Mar Aung said “I wouldn’t say it is impossible and I will not also say it is highly possible”.

On the “defensive war” that NUG-backed militias — collectively called the People’s Defence Force — are waging against the junta, Zin Mar Aung said it was important for the international community to note that the parallel administration had not at its time of formation planned for an armed revolution.

“If you look at the timeline, we asked for the international community to intervene... but we see the violence [by the military] is escalating so the parliamentarians who represent the people, we cannot just sit and watch the military kill people,” she said.

The militias abided by a NUG-drafted code of conduct in the battlefield and the NUG is hopeful that the forces will evolve into a full-fledged “federal army”, Zin Mar Aung said.

The veteran Asian military observer Anthony Davis has said the fighting, also involving some ethnic armed organisations that are aligned with the NUG, had plunged the country into a “balance of chaos” where the once-dominant military was just one of several players in the battlefield. 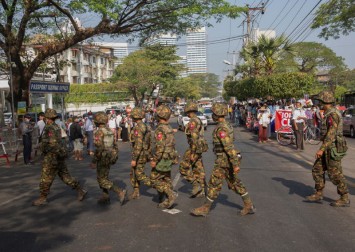 Both sides have escalated fighting in the country’s ongoing dry season, and military assaults have involved the torching of homes and air strikes in areas with large civilian populations, monitors have said.

Asked about the possibility of foreign nations’ supplying the militias with arms, Zin Mar Aung said she did not have high hopes.

Instead, the NUG’s expectation of external parties was much lower — foreign governments just needed to emphatically back a global embargo on the sale of arms and jet fuel to the military.

Activist calls for the UN to endorse a global arms embargo on the military have so far been futile.

“They do not have to provide us with missiles, weapons or ammunition because we can win this war, we can fight the war. The people are supporting us so much already,” she said.

When asked if the fighting would eventually lead to a negotiated settlement between the military and the NUG camp, Zin Mar Aung said the military’s actions meant that “the environment is not conducive at all” for any form of negotiation, adding that her administration was obliged to abide by “the voice of the people”.

The topic has been intensely discussed in recent days after the UN’s special envoy for Myanmar, Noeleen Heyzer, appeared to suggest in an interview that a power-sharing arrangement needed to be considered as part of the de-escalation process.

She later said her remarks had been misunderstood.

“Whatever you call it, negotiation, negotiated settlement, or dialogue, the situation currently is not conducive at all … it is still too early, it is not the right environment,” Zin Mar Aung said.