We don't need your F-16s, Duterte tells the US 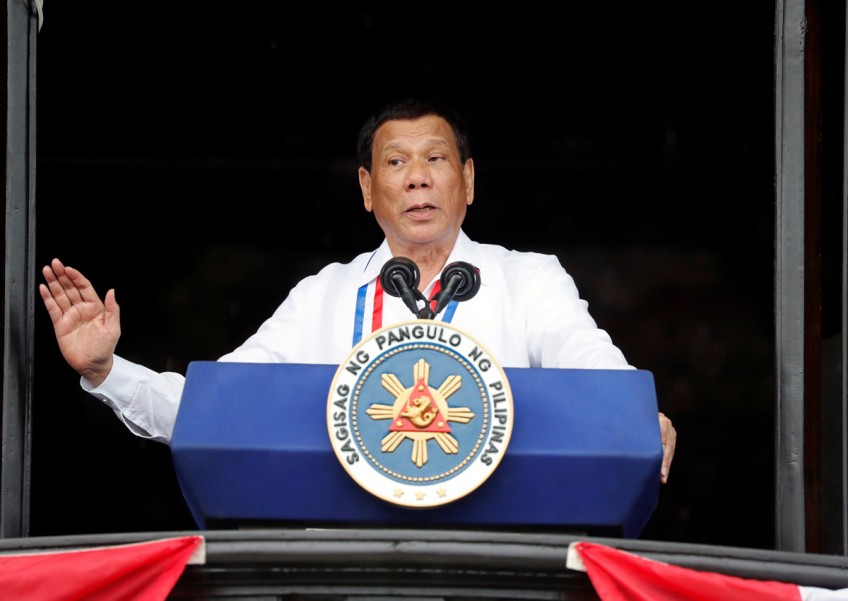 DAVAO CITY - President Rodrigo Duterte said the country wouldn't need the high-powered fighter jets that the US government recently dangled to him, saying all he needed were planes to help fight the insurgents.

"… if they are thinking we are going to buy Lockheed Martin (planes), how many F-16s can I buy? Three? For what? Against China? Malaysia? We don't have a war to fight. What I need are propeller-driven planes to fight the insurgents," Duterte said after he read a letter from the US Secretary of State inviting him for an audience.

"We don't need the F-16, but they dangle that to us after they humiliated us," Duterte also said after admitting he was insulted by President Obama's statement on the extrajudicial killings.

"We do not need any M-16. It would be useless to buy it. I need attack helicopters and small planes," he added.

"We are writing you to reaffirm this administration's support for the efforts to modernize the Armed Forces of the Philippines and our commitment to continue to work with your congress to support the strategic endeavour," portion of the letter said.

Kim has reportedly suggested in a letter a meeting between Duterte, Pompeo, and Mattis, but the President said he was slighted first by former President Barack Obama's statements and by US Congress' earlier move to stop military aid to the Philippines.

Mr. Duterte, however, said he would like to meet US President Donald Trump's officials for debate but he will not go to America.