Measures adopted to protect against Covid-19, including wearing masks and regularly washing hands, have led to fewer Hongkongers being infected with respiratory illnesses such as tuberculosis, and could have also reduced the need for antibiotics and lowered the resistance bacteria show to treatment, a study has found.

The research, conducted by the University of Hong Kong (HKU) and published in medical journal Antibiotics on May 31, also prompted a recommendation by a government pandemic adviser for mask wearing to continue during the winter flu season even when the pandemic was over.

“Our findings suggested that non-pharmaceutical measures in reducing the incidence of respiratory infections may be one of the strategies to control the amount of antibiotic consumption in humans, which may impact the burden of antibacterial resistance in the long run,” wrote Professor Yuen Kwok Yung, HKU’s chair of infectious diseases.

“However, a major rebound in the incidences of these respiratory pathogens and antibiotic consumption is highly likely when these measures are relaxed.”

In the study, researchers from the department and school of nursing and paediatrics reviewed data on the wholesale antibiotics supply, notifications of scarlet fever, chickenpox and tuberculosis collected by the Centre for Health Protection and data on blood cultures of patients admitted to public hospitals between 2012-19 and 2020-21.

The academics observed a “significant reduction” in community-acquired bacteria in the bloodstream caused by encapsulated bacteria with respiratory transmission potential such as Streptococcus pyogenes, Streptococcus pneumoniae, Haemophilus influenzae and Neisseria meningitidis . 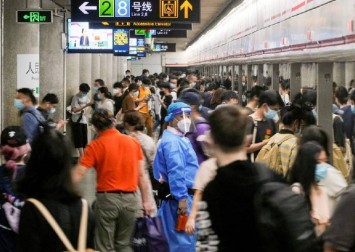 That in turn resulted in a reduction of antibiotic supplies, with the amount held by private doctors falling by 39 per cent, community pharmacies by 47.9 per cent, private hospitals by 35.1 per cent and the Hospital Authority by 12.5 per cent.

But the team noted there was no similar reduction in the incidence of hospital-onset bacteria in the bloodstream, such as the drug-resistant superbug MRSA (Staphylococcus aureus) or E coli that were not transmitted mainly through airborne or droplet routes.

“In summary, the implementation of non-pharmacological interventions during the last two Covid-19 pandemic years in Hong Kong has markedly reduced the incidence of acute respiratory viruses and bacterial infections transmitted by droplet and airborne routes,” the researchers wrote.

Yuen said the findings confirmed the need for Hongkongers to keep up the habit of wearing masks even when the pandemic was over.

“Non-pharmaceutical interventions (especially universal masking) should be instituted during a severe surge of winter outbreak due to Covid-19 or seasonal influenza,” he said.