This Weird Year in Asia: Are these the strangest tales of 2021?

Rani, the world’s smallest cow and her owner in Nabinagar, on the outskirts of Dhaka, Bangladesh.

2021 has been a tough 12 months. The world is now two years into living through a global pandemic, with all the lockdowns, outbreaks and travel restrictions that come with it and — especially with the emergence of the new Omicron variant — there appears to be no end in sight to this crazy ride.

In such serious times, it can be important to take a break from all the doom and gloom.

With that in mind, This Week in Asia has compiled some of the year's stranger news stories — from the world's smallest cow to Nazi-themed bars in Japan to Blackpink singer Lisa's favourite Thai meatballs — with the aim of lightening up your end of year mood.

Moo-ving tale of the tiny cow

In July, Rani, a dwarf cow in Bangladesh's Manikganj district measuring 26kg in weight, 69cm tall and 51cm wide — was awaiting confirmation from Guinness World Records that she was the world's smallest cow.

The petite, white bovine was born in 2019 and her owner, Kazi Mohammed Abu Sufian, had patiently waited two years for her to grow to her fullest before contacting Guinness to introduce them to the potential new title holder.

"She acts like a queen, and always loves to remain clean," Abu Sufian told The Washington Post, while awaiting the official verdict.

Sadly, in August, just a month after Rani became an internet celebrity she passed away from a stomach issue.

Still, there was a happy ending of sorts. After Rani's death, Guinness recognised officially what her owner had always suspected: That she was indeed the world's tiniest cow.

A new meaning to side ‘burns’

Customers who visit Pakistani barber Ali Abbas for a haircut are in for a surprise.

Abbas became an online sensation for his eccentric ways of trimming people's hair. Among the items he uses to cut hair are blowtorches, meat cleavers and even broken glass.

"I thought I should do something different to attract more clients," Abbas said, explaining why in 2016 he had started using the unconventional methods.

"There has been a very good response from my clients, who were quite scared in the beginning," he added.

While a traditional haircut from Abbas with scissors costs 1,000 rupees (S$18), he charges double when a customer asks for the hair-raising version.

"I have had my hair done at this salon three times," said one of Abbas's customers. "I prefer it with a cleaver as my hair grows fast after."

New Zealand Prime Minister Jacinda Ardern interrupted her own Facebook Live meeting to try and coax her daughter back to bed, in a moment that is likely to be very familiar to parents working from home all over the world pic.twitter.com/UDkhbnE8Vu

Working from home has been the norm for many Asians during the pandemic.

Many of us will have experienced mishaps where personal lives at home and professional lives at work collided in an ill-fated Zoom meeting.

It happens to the best of us, and apparently even to the most well-polished politician. 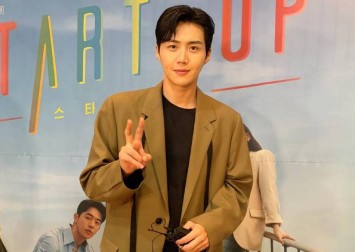 As New Zealand's Prime Minister Jacinda Ardern found out in the middle of a live broadcast in which she was explaining the country's changing Covid rules to her social media followers, when she was interrupted by her three-year-old daughter Neve asking for "mummy".

"Well, that was a bedtime fail, wasn't it," Arden jokingly told her online audience.

In late October, a Russian court sentenced an Instagram model and her social media prankster boyfriend to 10 months in prison after they posted a photograph of the pair imitating oral sex near Red Square.

The man was Tajikistan national Ruslani Murodzhonzoda, also known as Ruslan Bobiyev, who is known on TikTok for his prank videos. The woman was Anastasia Chistova, an Instagram model with around 1,900 followers.

The offending picture, which one of them posted online in late September, depicted the couple outside Saint Basil's Cathedral, in a pose suggestive of oral sex. In the picture, the blonde Chistova is turning her back towards the camera, while brandishing a Russian police jacket.

The picture was captioned "The Labour Code is not the Criminal [Code], you can break it."

Unfortunately for them, that doesn't appear to be true. They were detained after the picture was posted online and Moscow's Tverskoi district court found them guilty of "offending religious sentiment".

Critics of the government called the sentencing absurd and excessive. "Madness, just madness … They DID nothing. It's just a picture," Leoniod Volkov, a figure close to the high profile Kremlin critic Alexei Navalny, said on Twitter.

Nazis are a no-go, who knew?

A Nazi-themed host bar in Japan was forced to close down less than 48 hours after it opened following heavy criticism.

The bar in Osaka, called "Unfair", featured Nazi-themed decor and male hosts — who are paid to pour drinks and entertain clients — sporting SS uniforms and armbands with swastikas.

Within hours of opening the bar had received intense online criticism for romanticising a regime that carried out one of the worst genocides in human history.

The parent company, Host X Host, responded by saying it would shut the bar down — citing criticism from "Twitter and various other people" — and apologised for its lack of "awareness".

"We caused discomfort for a lot of people," the company said. "We will take your comments seriously and will work to make sure this sort of thing never happens again."

Japanese commentators said it was likely the operators did not know they were using one of the world's most notorious atrocities as a marketing gimmick.

"It's simply a matter of ignorance," said Akio Yoshida, director of the Holocaust Education Centre, near the city of Hiroshima. "Far too many people in Japan simply do not know what happened in Europe in the last war, they don't know that millions of people were persecuted and murdered."

"I imagine they thought the uniforms would just catch the attention of potential clients and that it would be different or unusual. The hosts in the pictures, I am sure, were simply doing as they were told and didn't know any better about wearing a Nazi uniform," Yoshida said.

Excuse me, do you speak Konglish?

This year, Korean culture has been enjoying a boom in popularity around the world. Boy band BTS won Artist of the Year at the American Music Awards, while the Netflix series Squid Game became the most popular show in the streaming platform's history.

But South Korea fears its growing soft power faces a challenge from an unlikely quarter: slang words created as a hybrid between Korean and English and generally dubbed "Konglish".

The growing trend has Seoul worried that a language that instils such national pride that the anniversary of its alphabet's creation is marked with a national holiday is being butchered.

The rise of this vocab has apparently been troubling the older generation for years, with concerns over its use heightening during the pandemic due to the rise of new Covid-specific vocabularies: corona blue, for pandemic-related depression; spandemic, for pandemic related expenses such as food deliveries; and coronomy, for the Covid-induced economic slowdown.

"The young think it's more fun and cool but it's regrettable that they use absurd or incorrect English-based words instead of pure and beautiful Korean words," harrumphed one official at the National Institute of Korean Language.

A video of half-naked North Korean soldiers carrying out extreme stunts — including breaking bricks by smashing them onto each other's bare stomachs — went viral internationally.

The video, of a performance marking the opening ceremony of a national weaponry exhibition, was released by North Korea's clearly very proud state media.

"These soldiers, embraced and raised by our party, have demonstrated to the whole world the strength, bravery and morale of the Korean People's Army," news presenter Ri Chun-hee commented over the footage. Their strength was "bestowed upon them by our dear leader Kim Jong-un," Ri added.

In a separate moment during the ceremony, Kim himself vowed to build an "invincible" military to counter "hostility" from the United States.

But not everybody was impressed. Some South Korean commenters cattily suggested such displays were so last decade.

"We've stopped doing that kind of performance since 2010 as the country has in general outgrown such things," a South Korean military official told This Week in Asia.

In October, Japanese police launched a crackdown after noticing an increasing number of upskirt photography cases across the country.

According to police in Osaka prefecture, there was a 30 per cent increase in cases involving illicit upskirt snaps in one year.

"Silent camera apps originally developed to quietly take photos of sleeping babies with smartphones are used in many cases," Goki Jojima, chief of the community safety division at the Minami Police Station in Osaka, told the Asahi newspaper.

Jake Adelstein, a former crime reporter with Japan's Yomiuri newspaper who has lived in the country for more than three decades suggested there might be several reasons for this: New technology had made it easier for people to discreetly take pictures under women's skirts, commercial sex businesses had shut during the pandemic and finally, Covid-related lockdowns had left many of the country's perverts simply bored.

When Blackpink member Lalisa, Lisa Manoban released her long-awaited first solo single in September, many businesses reported a rise in sales thanks to her international fans who love to take lifestyle tips from the K-pop star.

Among the least expected beneficiaries of the Thai-born star's latest music release were the meatball vendors in her hometown.

After her music drop, Manoban waxed lyrical about her hometown in an interview with the Thai talk show host Vuthithorn "Woody" Milintachinda.

"I want to go to Buriram so much, because I have not seen my grandparents in a long time," Manoban said, adding that she also missed the local "Yuenkin meatballs".

"It is a popular thing to do to eat the meatballs at the Buriram train station. The sauce is so special and cannot be found anywhere else," said Manoban, referring to the chilli paste sauce typically drizzled over the grilled meatballs-on-a-stick.

After the interview, local media outlets reported that the vendors were experiencing unprecedented demand, receiving delivery requests from other provinces and taking 100 times their usual revenue.

Who polices the police?

Dominating the news cycle this year — other than the ubiquitous Covid, that is — was the Tokyo Olympics. And while much of the attention went on the athletes going faster, higher and stronger than ever before, the Summer Games had their weirder moments too.

One of those was when 40 police officers supposed to be providing security at the Paralympics were sent home for drinking, scuffling with members of the public and visiting a brothel.

The disgraced officers came from a special Yamansashi prefectural police security unit, and were sent to Tokyo to support the local police force with such noble missions as controlling venues and traffic.

The Asahi newspaper reported that the policemen had defied the unit's internal regulations that clearly stated that they were not allowed to consume alcohol at their accommodation in Tokyo.

Furthermore, some of the officers went out to bars in the Sumida district and got entangled in an argument, which then developed into a fight with members of the public.

Although no one was seriously injured, the bungling officers were rumbled when a bystander called the police to intervene.

Things only got worse when it emerged that some of the officers had also visited a brothel during their stay in Tokyo. The entire unit was relieved of its duties, then ordered to return to Yamanashi prefecture, in disgrace.

READ MORE: What does 2022 hold in store for Asia? Here are 7 forecasts