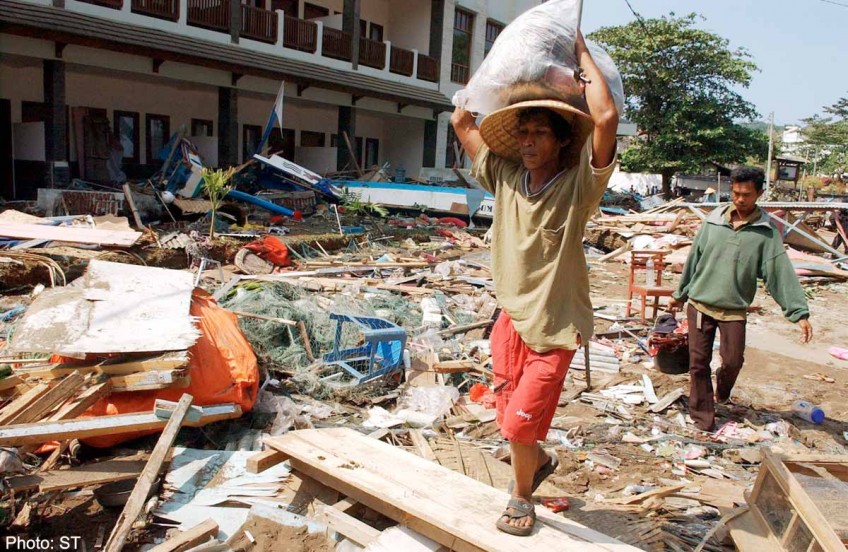 West Java Deputy Governor Deddy Mizwar announced Thursday that the administration has put the province into a natural disaster alert status until May as a form of preparation for facing any possible natural disaster.

"We are on alert until May because at present [disasters are] still happening sporadically," Deddy said in Bandung.

He said almost all regions in West Java were prone to natural disasters and seven of them, including Garut regency, were categorized as very prone.

He also said that there was a possibility that a new disaster-prone region would emerge, such as Bandung city.

"This is not impossible because of damage in the environment, such as in Bandung. Never think there will not be any [disasters]. Tornados have happened there," Deddy said.

Bandung is slated to host the 60th anniversary celebration of the Asia-Africa Conference where delegations from 109 Asian and African countries are set to attend. With regard to the flooding in Indramayu regency, Deddy said that the floods have already subsided and that officers from the West Java Provincial Disaster Mitigation Agency (BPBD) are staying on alert in the region.

"It's now time to think of the post-disaster problems, such as health, logistics and the repatriation of affected people. We are monitoring and helping this there," he said.

Deddy said the flood in Indramayu was originally predicted to occur in February, but it occurred in March instead.

Previously, the provincial administration said that the Jatigede Dam, which is currently being completed, could be a solution for the recurrent floods in the province's northern coastal areas in the Indramayu, Majalengka and Cirebon regencies.

The dam, which has been under construction for decades. is expected to be in operation by mid-2015. President Joko "Jokowi" Widodo is expected to officially inaugurate the dam in July 2015.

Once the water is running into its reservoir, the Jatigede Dam is expected to be able to control the water flowing into West Java's northern region.

The provincial administration has also planned to establish a dam management system to prevent the river water from overflowing onto nearby roads.

More dams are also to be constructed to accommodate water and prevent floods from occurring in the area.

Data at the National Disaster Mitigation Agency (BNPB) showed that the damage to the Cimanuk River embankments in the Pilangsari subdistrict (Jatibarang district) and in the Tulungagung subdistrict (Kertasemaya district), Indramayu, on Monday had caused floods in seven districts and on a section of the important Northern Coast Highway.

The flood inundated some 1,000 houses and 100 hectares of rice fields in the Pilangsari and Jatibarang Baru subdistricts in the Jatibarang district, affecting 10,500 people in the area.