What will change for Southeast Asia if Trump or Biden wins the US election?

Southeast Asia commentators believe that much of Trump’s policies towards China would be retained by Biden if he won the presidency.

As voters in the United States prepare for the presidential election on November 3, the South China Morning Post is exploring the potential ramifications for China. The 11th part in the series looks at the race through the eyes of non-US citizens directly affected by deteriorating US-China relations.

Read the entire series here. In Southeast Asia, foreign policy thinkers are under no illusions that the immense baggage accompanying US-China tensions will disappear immediately in the event that the Democratic presidential nominee, Joe Biden, triumphs over President Donald Trump in November’s election.

While it is indeed a prevailing view that Trump’s hawkishness is a key driver of the US-China rivalry, finding equal resonance among the diplomatic elite is the view that the clash was inevitable – meaning countries must contend with it no matter who occupies the White House.

With Biden now ahead of the incumbent in various polls, there has been a flurry of commentary over what will change for Southeast Asian countries – and the 10-nation Association of Southeast Asian Nations (Asean ) – if the former vice-president emerges victorious.

A survey of Southeast Asian government, business and media elites by Singapore’ s ISEAS-Yusof Ishak Institute in January found that 60 per cent of respondents believed the US would be a better strategic partner if there were a change of leadership in November’s vote.

But even among those who quietly hope for some change from Trump’s haphazard, at times mercurial, way of conducting foreign policy, there is a slight sense of weariness.

Behind that view, diplomatic observers say, is the realisation that the biggest concerns of the day, such as the possibility of an accidental “hot war” between the superpowers in the disputed South China Sea and the persistent impact of the trade war , are not going away any time soon.

A Washington-based Southeast Asian diplomat, speaking on condition of anonymity, said there was a consensus view in their country – and in Washington’s circles of Southeast Asia hands – that much of Trump’s policies towards China would be retained by Biden if he won the presidency.

“In such a scenario, what ‘light at the end of the tunnel’ are we talking about? Southeast Asia will continue to feel the pain as long as the US and China are quarrelling,” the diplomat said.

That said, there is no reason those within Asean should hold off on formulating wish lists for the future of US policy towards the region.

Pou Sothirak, a former Cambodian ambassador to Japan and a foreign policy adviser to his government, told This Week in Asia he hoped Washington would find ways to deal with the region on its own rather than through the lens of its rivalry with China.

“There has never been a strong and focused foreign policy designed by the US exclusively for Asean or for some of Asean member states, Cambodia is the case in point,” said Pou, the executive director of the Cambodia Institute for Cooperation and Peace.

“If there is one, the US policy toward Southeast Asia has not been consistent and [is] subject to change without notice.”

National leaders too have offered their views on the changes they hoped to see in American foreign policy after November 3.

Singapore’s Prime Minister Lee Hsien Loong , in an interview with the US think tank Atlantic Council in July, was asked what he would say to Biden or Trump if they called him for advice the day after the election.

First, he said, the “big ask” was for Washington to stabilise ties with China so that Southeast Asia could have a “secure and predictable environment in which we can make a living and lead our lives”. Next, he hoped the new administration would develop a “bipartisan consensus” on Asia policy.

“Not just do the right thing for your administration [but] make a consensus so that the policy will last beyond your administration, and people can plan on it, and can depend on it,” said the prime minister, who like his late father Lee Kuan Yew, Singapore’s independence leader, is regarded in Washington’s strategic circles as an important sounding board for Asia policy.

Lee’s last ask was for the US to “find a way to come back” to the Trans-Pacific Partnership (TPP), the sprawling Asia-Pacific trade pact devised by former US president Barack Obama.

Trump abandoned the TPP within days of taking office after campaigning on the platform of “America First” and claiming the deal would hurt US workers.

The 11 other countries that had endorsed the TPP have since signed a deal called the Comprehensive and Progressive Agreement for Trans-Pacific Partnership .

“If the US can find the way politically to come back to it, and join it, then you’re not only advancing US interests in the region, you’re also setting a dynamic in the region towards cooperation and the right rules, which will help the region to integrate, which will build trust, which will raise standards for trade, and for economic exchange between the countries,” Lee said.

Elsewhere in the region, some commentators have been mulling the implications of the US election – particularly a Biden win – on individual countries’ interests.

In Thailand , seasoned diplomatic commentator Kavi Chongkittavorn wrote in an op-ed in the Bangkok Post on Sept 8 that it was likely Biden’s policy towards the region would mirror that of his old boss, Obama. 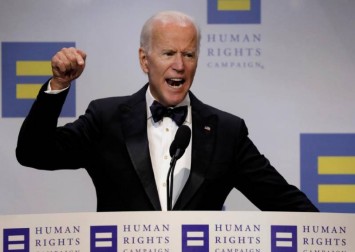 He cited paragraphs in the Democratic Party platform, which serves as Biden’s non-binding political manifesto, stating that the US would strengthen alliances in Asia. Thailand and the Philippines are Washington’s only treaty allies in Southeast Asia.

Said Kavi: “If Mr Biden is to win the presidency, the US-Thai alliance would be given an extra boost which could have wider ramifications.”

Also resurfacing in the chatter surrounding the US election are the new norms Trump set for one of the baseline gauges used by Asean countries to ascertain outside powers’ interest in their affairs – attendance of important diplomatic events.

Since coming to office, Trump has attended the East Asia Summit (EAS) once, in 2017.

The forum is usually held in November and dovetails with the second of the bloc’s annual leaders’ summits. In 2018, Trump dispatched Vice-President Mike Pence to the EAS in Singapore.

The US delegation to last year’s edition in Thailand was led by National Security Adviser Robert O’Brien and Commerce Secretary Wilbur Ross.

In contrast, President Obama attended every summit from 2011 to 2016, apart from the 2013 edition when the US government was shut down due to political gridlock.

“More than anything, the next president will need to show up to regional summits, an important signal of Washington’s regional commitment,” Hunter Marston, a doctoral candidate studying great power competition in Southeast Asia, wrote in an op-ed published on Sept 11.

Kavi, the Thai commentator, pointed out that the Trump’s administration’s failure to appoint an ambassador to Asean’s secretariat in Jakarta was another shortcoming of its policy towards the region. 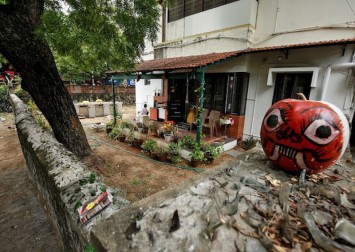 There are currently 75 such envoys, including from the European Union, China, India and Russia. He could have got away with a transactional approach to Asean but the failure to appoint an Asean envoy was a “big insult" to the grouping, Kavi wrote.

For its part, the Trump administration has emphasised that its commitment to the region should be judged based on its policy stances.

In July, the administration toughened its legal position on the South China Sea dispute between Beijing and Southeast Asian claimants, bringing it in line with the findings of a 2016 arbitral ruling brought by the Philippines.

On a separate front, the US has also stepped up aid for drought-stricken Southeast Asian countries downstream of the Mekong River, with some US$153 million (S$210 million) of programmes announced during the flurry of Asean meetings earlier in September.

Washington has accused China of manipulating water flows through the construction of dams upstream of the 4,350km (2,703 mile) river, an accusation Beijing denies.

Speaking to journalists following the meetings, the State Department’s top East Asia-focused official said Washington had no interest in forcing the region to choose US-China sides. 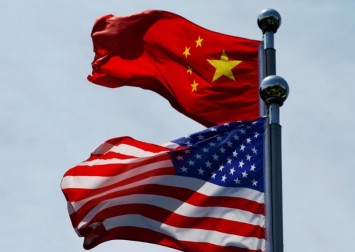 Instead, the administration was “insisting that countries be allowed to choose their own sovereignty … [that] allows them to continue in ways that they see fit,” David Stilwell, Assistant Secretary of State for East Asia and the Pacific, said last week.

But elsewhere, some of the region’s political elites – having put up with Trump’s eccentricity and occasional boorishness – have signalled they would prefer Biden even though they are aware he may not bring about drastic change to Washington’s Southeast Asia outlook.

Anwar Ibrahim, Malaysia ’s opposition leader and long-time reformist icon, told This Week in Asia without missing a beat when asked who he hoped would win: “Joe Biden. Because he is my friend.”

The 73-year-old, who remains a darling in the West for his pro-democracy advocacy, also holds what is perhaps a minority view in strategic circles: that the conclusion of the US elections would in fact ease the various troubles Southeast Asia is facing because of the superpower rivalry.

“This is but a transient phenomenon to do with the elections in the US … it’s not something we are happy about, it is very disconcerting as it is affecting our trade, economy and security. I think we should let this few months pass,” Anwar said. “November is just a few months away. We should just keep cool and continue to engage within Asean, and with the US and China.”