Yusuke Tsushima was arrested after stabbing ten people on a train in Tokyo.

In the 1990s, Japan's emerging phenomenon of hikikomori - young people shutting themselves away from society - prompted much hand-wringing, self-reflection and cultural criticism.

Two decades later, the pressures that caused thousands of young Japanese to shun the outside world have grown more acute.

In neighbouring South Korea, where societal changes have also produced a challenge to traditional gender roles, lawmakers have recently grappled with the phenomenon of "semen terrorism" and whether it should be treated as a sex crime.

Last month, 36-year-old Yusuke Tsushima attacked other passengers on a train in west Tokyo with a knife.

During the rampage, ten people were injured, including a 20-year-old university student who sustained at least ten stab wounds to her back and chest.

According to police, Tsushima was motivated by resentment towards women after being ridiculed at social gatherings and being rejected while using dating services.

"I have been wanting to kill happy-looking women for the past six years," Tsushima told police. "Anyone would have been OK."

In recent years, there have been other high-profile cases of violent misogyny.

In July, an Osaka man was arrested for smearing his own excrement on a young woman's shoulder bag as she walked on the street. He told police that he was suffering from stress and had "ill will" towards women.

In 2019, a man committed suicide after attacking a group of schoolgirls waiting for a bus in Kawasaki City, killing two and injuring 17.

The previous year, a man killed a passenger and injured two others with a knife on a bullet train outside Tokyo.

Ryuichi Iwasaki, 51, was a hikikomori who found it impossible to form relationships, his aunt told local media in the aftermath of the attack.

In May 2016, besotted fan Tomohiro Iwazaki stabbed pop star Mayu Tomita, 20, more than 60 times while she was on her way to sing at a concert in Tokyo.

Tomita had returned books and a watch Iwazaki sent her, prompting him to send about 400 increasingly threatening social media messages in the weeks before the attack. Iwazaki was sentenced to 14 years and six months in prison.

Makoto Watanabe, a professor of communications at Hokkaido Bunkyo University, said the violence was a symptom of hopelessness confronting a generation of young Japanese men.

"There has definitely been an increase in incidents in the last 18 months or so," he said. "In the past, something like [Tsushima's attack] was virtually unheard of, but the media have coined a new term for this, kireru, which is used to describe young people who get angry very suddenly and can lose control.

"Two decades ago, hikikomori were a worry, but they were not violent and only wanted to be by themselves. But life in Japan has become much harder and there is a sense among many young people that their leaders do not care about them and those divisions have been widened during the pandemic.

"Life is becoming hopeless for more and more people, they feel they are lagging behind other people. And they're angry. That worries me."

Read Also
‘They were victims, too’: Indonesian mother forgives teen suicide bombers who killed her sons 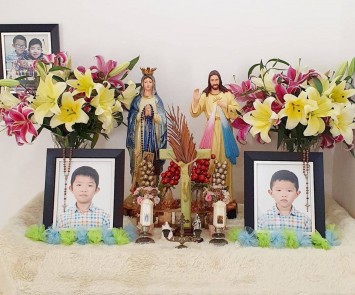 Japan is not alone in experiencing incel violence.

Earlier this month, a 22-year-old man killed five people, including himself, in the British town of Plymouth after posting angry messages online about "arrogant" women and saying he was "bitter and jealous" about being unable to find a girlfriend.

Japan's incel violence, however, may be propelled by the changing expectations of men and women, particularly among the younger generation.

"I see that young Japanese women are more free and have less stress or pressure than men of their own age," Watanabe said. "Society says that men have to study hard, get into a good university, then get a good job with a good salary to raise a family.

"So those are the traditional demands of Japanese society, but at the same time they are having to do that in a very different time to their fathers and grandfathers, with greater work and financial pressures. They are sandwiched between the old values and the present-day situation.

"At the same time, young women are no longer pressured by the old traditions of Japan, so they have more freedom than ever before."

South Korea has also undergone similar changes, a campaign has been gathering pace to crack down on "semen terrorism", which involves men ejaculating onto women's clothing or possessions.

In May, a civil servant was fined 3 million won (S$3,400) after being found guilty of "property damage" for ejaculating into a female colleague's coffee mug six times in the space of six months.

In 2019, a student was jailed for three years for "attempted injury" after spiking a woman's coffee 54 times with a mix of semen, saliva, laxatives and aphrodisiacs after she rejected his advances.

In 2018, local media reported the case of a man who slipped a condom containing his semen into a woman's bag while she waited for a train.

Courts have prosecuted such cases as "damage to property" as it is impossible to prove forced sexual assault. Campaigners, however, demand such attacks be considered sex crimes, which carry stronger punishments.

Baek Hye-ryun, a lawmaker from the ruling Democratic Party, in July proposed an amendment for so-called semen terrorism to be prosecuted as a sex crime.

The country has also battled a surge in spycam pornography - known as molka - which involves women being unknowingly surveilled before their images are shared online.

According to William Cleary, clinical director for the TELL crisis and counselling support service in Tokyo, the fact Japan and South Korea are hi-tech, hyperconnected societies exacerbates the problem.

"While technology promised to make us all more interconnected than ever before, it has had the opposite effect because so many people are just hooked on their devices," he said.

"The end result is that we are even more isolated … and that can result in imbalances in behaviour in some people.

"As a society, we have focused less on men in recent years and those who are 'left behind' have been given no ways to cope."

Cleary said the coronavirus pandemic has likely compounded the sense of isolation felt by many young men.

"[The pandemic] has led to feelings of anger and aggression in some people who do not presently have the channels to deal with these feelings," he said.

"Humans are wired to have social interactions, in the workplace, in school, in the wider world, and when that does not happen, then some people experience anxiety, depression and mental and physical illnesses. So I am not surprised that we are seeing more cases of psychosis, of violence and people acting out."

Chisato Kitanaka, an associate professor at Hiroshima University who studies sexual violence, said violence against women was not a new phenomenon in Japan but noted the role of the internet in incel violence.

Read Also
20 years after 9/11, is Southeast Asia's feared militant group Jemaah Islamiah on the cusp of a revival? 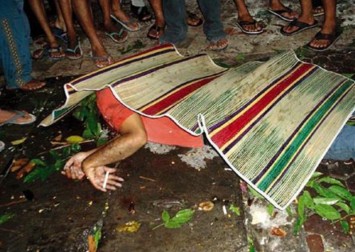 "There has been a very clear increase in internet-based sexual violence reported to the police," she said, referring to the sharing of explicit images of former partners and the use of "deep fakes" which impose a person's face on a pornographic image.

"The Tokyo train attack changed things because [the attacker] said very clearly that he wanted to kill women who looked happy. Men have been unhappy or angry in the past, but it is shocking to me that someone would single out a woman just because she appeared to be cheerful."

"Thankfully, cases such as that on the train are still quite rare in Japan, although there has undoubtedly been a more general increase in violence against women," said Tsumie Yamaguchi, a spokeswoman for the Women In A New World group.

"It is worrying, but it is impossible to completely stop these sorts of attacks, especially when they are carried out by men who are not acting rationally. But the police and the government need to do more to deter such crimes.

"Any man arrested for this sort of attack needs to know that he is going to be punished very harshly. They need to know that they will be caught and that it will not be a short prison sentence. Ten years should be the minimum."