What's next for Kim Jong-un's sister Yo-jong, his de facto No 2?

Kim Yo-jong, the powerful younger sister of North Korea’s leader Kim Jong-un, solidified her position as the country’s de facto No 2 when she was promoted to the country’s top government decision-making body last week.

The 34-year-old was elected to the State Affairs Commission (SAC) with seven others, all men older than her, while at least nine members were dismissed including diplomat Choe Son-hui, a rare woman of seniority in the North’s leadership and the first vice-foreign minister.

Choe has been blamed for the collapse of talks in Hanoi in 2019 between then President Trump and Kim Jong-un over the North’s denuclearisation in return for sanctions relief and diplomatic ties.

Chaired by Kim Jong-un, the SAC is the North’s top leadership body of state power, mandated to deliberate and decide on major policies, including defence and security issues, and ensure they are implemented.

Professor Yang Moo-jin from Seoul’s University of North Korean Studies said the entry of Kim Yo-jong into the SAC was significant as it “strengthened her roles and made them more concrete”.

She has been increasingly vocal on foreign relations, issuing strongly-worded statements on key diplomatic issues including negotiations for the North’s denuclearisation.

Last week, she expressed support for a suggestion mooted by South Korean leader Moon Jae-in, leading experts to question if this indeed reflected her brother’s view on the matter, amid Pyongyang’s intensifying missile tests. 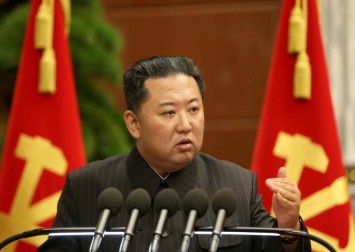 Moon had said both Koreas along with the US, which supports the South, and China, which backs the North, should get together and declare an end to the conflict, possibly at the Beijing Winter Olympics in February next year.

Kim Yo-jong said this was an “admirable” idea but such a declaration would be conditional on the South abandoning “hostile policies” and “double-dealing standards” against the North. She also indicated that the North would be open to inter-Korean talks.

Professor Yang said the reshuffle sought to “breathe fresh air into the SAC”, with Kim Yo-jong’s duties focused on “dealing with personnel changes, propaganda, inter-Korean affairs and relations with the US”.

Kim Yo-jong was considered to have suffered demotion after being dropped as a candidate member (i.e. not a full member) of the ruling communist party’s policymaking political bureau at a party congress in January.

There has also been some uncertainty over power relations between the siblings, Sojin Lim, a senior lecturer in Korean Studies at the University of Central Lancashire said on The Conversation website last week.

Lim pointed to how Kim Yo-jong lashed out at South Korea’s presidential office in March last year after it called on the North to halt live firing exercises. She described Seoul’s leadership as “a burnt child dreading fire”.

But two days later, her brother sent a message of condolence over the outbreak of Covid-19 in the South, saying he had “unwavering friendship and trust toward President Moon”.

Lim said this message had Korea watchers confused over whether the siblings were at loggerheads or engaging in “good cop, bad cop” diplomacy.

“This is a family where many of the possible male contenders for power have been executed or assassinated,” said Lim, referring to Kim Jong-nam, the half-brother of Kim Jong-un who was killed in Kuala Lumpur with the nerve agent VX in 2017.

“So the status of Kim Yo-jong’s relationship with her brother is as scrutinised as Kim Jong-un’s physical health when it comes to if – and when – she might be in a position to challenge for ultimate power in North Korea,” she said.

Other experts think this unlikely, given that North Korea is a highly patriarchal society. But it is believed by many Korea watchers that if Kim Jong-un dies before his eldest son – born in 2010 – grows up, Kim Yo-jong would likely succeed him.

There has been much speculation about the reclusive and overweight Kim Jong-un’s health this year, after a prolonged absence last year raised questions about whether he had undergone medical treatment and he was seen with a bandage on the back of his head in August.

Kim Yo-jong’s profile has grown since 2018 when she visited the South to attend the Pyeongchang Winter Olympics as her brother’s special envoy. She stole the show during her three-day stay with what were branded her “smile offensives”.

She then met Chinese President Xi Jinping and also attended her brother’s denuclearisation talks and meetings with US President Donald Trump. 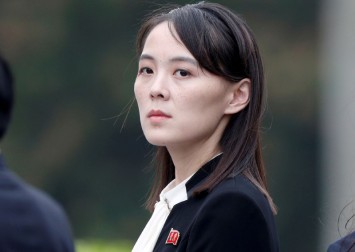 Lim, who is also deputy director of her university’s International Institute of Korean Studies, said in addition to Kim Yo-jong being twice elevated to the politburo and her role in the North’s propaganda department, she is believed to be married to Choe Song. He is the son of Choe Ryong-hae, secretary of the ruling Korean Workers‘ Party. This gives Kim Yo-jong “another source of political power”.

On speculation that Kim Yo-jong could succeed her brother, Lim said things would become clearer if she was appointed to the National Defence Commission (NDC).

If that happens soon, “it might be a sign that North Korea is preparing for its first woman leader,” Lim wrote.

Ri Pyong-chol, military marshal and formerly a top adviser to Kim, was deprived of his seat in the party’s political bureau standing committee over his failing to effectively deal with the pandemic.