WhatsApp to clamp down on 'sinister' messages in India

NEW DELHI - India said Facebook-owned WhatsApp had pledged on Tuesday to develop tools that would combat fake messages, to help the country crack down on people whipping up public anger through mass message forwards on social media.

IT minister Ravi Shankar Prasad had asked the company to work out ways to trace the origin of "sinister" messages, like those that led to a series of mob beatings across the country this year.

"It does not need rocket science to locate a message," Prasad said after his meeting, adding that the US tech giant had agreed to name a grievance officer to deal with issues in India. 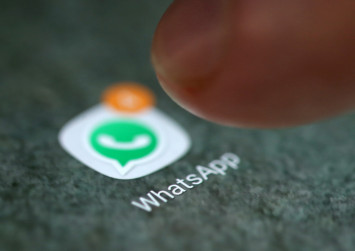 India is WhatsApp's biggest market with more than 200 million users and one where it says people forward more messages, photographs and videos than any other country.

There are also concerns that supporters of political parties could use social media platforms such as WhatsApp to spread false messages in the run-up to India's national elections in 2019.

In July, WhatsApp said message forwards will be limited to five chats at a time, whether among individuals or groups, and said it will remove the quick forward button placed next to media messages.

IT minister Prasad also said WhatsApp was working with law enforcement agencies to tackle the problem and was planning a big campaign to educate consumers about fake messages.

WhatsApp will also comply with the Reserve Bank of India's (RBI) directive of April that said all payments firms operating in the country should start storing data locally for "unfettered supervisory access", Prasad said.

The central bank is currently working on guidelines related to the directive, which has drawn protest from companies such as Mastercard, Visa and American Express who fear it would lead to higher costs of setting up data centres in the country and weaken analysis of global fraud detection patterns.

Lack of clarity over the RBI's directive has delayed the launch of WhatsApp inter-bank money transfer service in India, which it had tested earlier this year, a source with direct knowledge previously told Reuters.