Speculation is running rampant as to the locations of the additional weapons-grade uranium-producing sites in North Korea that US President Donald Trump demanded be dismantled, met with North Korean leader Kim Jong-un's refusal, during their second summit in Vietnam last week.

In Hanoi, Pyongyang offered to destroy its Yongbyon facilities that produce the two key materials used in making nuclear weapons -- plutonium and highly enriched uranium -- but Washington demanded an additional step beyond the dismantlement of the important nuclear site.

After cutting short the meeting in Hanoi without striking an agreement, Trump said that when he raised the issue of a second enrichment facility, apart from the one in Yongbyon, the North Korean delegation was "surprised" by what the US knew.

Yongbyon is North Korea's only known source of plutonium, but the country is believed to have other facilities where uranium is enriched, experts said. One of the potential undeclared enrichment sites is Boonkang, northeast of Yongbyon, according to a Joongang Ilbo report Tuesday.

Defence Ministry vice spokesman Roh Jae-cheon said Boonkang is an area that has been placed under surveillance, but declined to confirm further details. 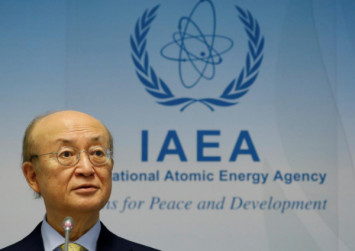 Boonkang, which has been far from the limelight, fits Trump's description for a covert uranium enrichment programme. He said "people didn't know before" about the site.

According to Seoul's National Intelligence Service, Boonkang is an administrative district where the Yongbyon nuclear complex is located. It is unknown whether Kim Jong-un included the Boonkang site for his deal with Trump.

"We have a detailed understanding of North Korea's nuclear missile facilities, including additional uranium enrichment facilities that were addressed in the negotiations between the US and North Korea," NIS director Suh Hoon said in a briefing to lawmakers Tuesday.

He added that a nuclear reactor in Yongbyon had stopped operating since the end of last year, and there have not been any signs of plutonium reprocessing.

Another site the US may have uncovered may be a facility near Kangson, just a few kilometers from Pyongyang. The existence of the Kangson site was revealed to the public in July 2018, when the Diplomat, an online news magazine, located it in collaboration with a team of open source researchers using commercial satellite imagery. US intelligence is believed to have monitored the site for more than a decade.

The Kangson site is built around a single large building that is assumed to contain main gas centrifuge cascades, which produce uranium suitable for use in nuclear weapons.

On Monday, Foreign Minister Kang Kyung-wha said that further steps Pyongyang would take toward denuclearization beyond Yongbyon and the level of sanctions removal that Washington would agree to were at the heart of the talks between the US and North Korea in Hanoi.

While details of the proposal that Trump had made to Kim in Hanoi have yet to be verifiably disclosed, Cheong Wa Dae spokesman Kim Eui-kyeom said Monday that it is not clear whether Trump wanted the elimination of additional facilities or weapons.

Lee Do-hoon, special representative for Korean Peninsula peace and security affairs, will meet with his counterpart Stephen Biegun and other officials in Washington from Wednesday to analyse the outcome of the Trump-Kim summit and exchange related information.