Why are Indonesian women being targeted for recruitment by ISIS-linked extremist groups?

In January, a 21-year-old Indonesian woman quietly flew into Semarang, the capital of Central Java province, where she was met by several people from non-governmental organisations and driven to her home some 80km away in the regency of Temanggung.

She had just been freed from jail after serving more than two years for aiding an act of terrorism during a May 2018 riot at a high-security prison in the West Java headquarters of the elite police Mobile Brigade Corp (Brimob) unit.

At the time, five young officers from the police counterterrorism squad Detachment 88 were killed by terror convicts who were mostly from the Islamic State (Isis)-linked Jamaah Ansharut Daulah (JAD) group, while one convict was also shot dead.

Dita was arrested along with another woman, Siska Nur Azizah. Prosecutors said they had gone to the prison to help their “brothers” who were involved in the riot, and that the women planned to attack police officers by stabbing them with steel scissors.

According to the prosecution, Dita had pledged allegiance to late Isis leader Abu Bakar al-Baghdadi in 2016.

Eka Setiawan, a researcher at the Institute for International Peace Building, was among those who helped send Dita back home. He told This Week in Asia she had been radicalised online and had participated in pro-Isis Telegram groups.

In a 2018 interview with local media, Dita admitted to watching videos of beheadings “until she was bored”. 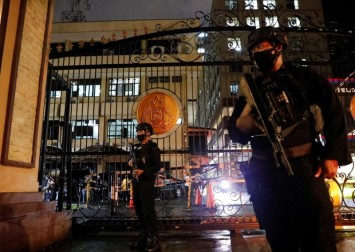 Eka expressed concern that she could return to this way of life as “she lives at the foothills of Temanggung where there is not much to do”. But he remained optimistic that Dita could be deradicalised “as long as there are many activities to distract her from her online activities”. She is currently involved in selling food online, he said.

Two terror attacks this month – a suicide bombing carried out by a recently married couple at a cathedral in Makassar, followed days later by a 25-year-old university drop-out’s attempted attack at Jakarta’s national police headquarters – have shone a spotlight on the rise of female militants in Indonesia.

Siti Darojatul Aliah, executive director of the Society Against Radicalism and Violent Extremism (Serve), said JAD and the al-Qaeda-linked Jemaah Islamiah (JI) were systematic and strategic when it came to recruiting women – particularly migrant workers.

“Female migrant workers are seen as people whom they can recruit for fundraising as they [are deemed] to be earning good money,” Siti said, explaining that militants would first date them and express their love before “brainwashing them to become a member”. 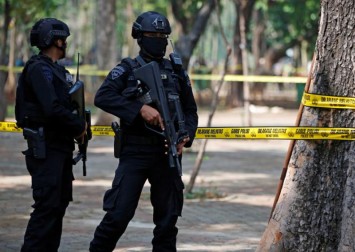 She added that migrant workers, who psychologically regarded themselves as second-class citizens, easily fell prey to the attention of militants.

“They are not so much targeted to become a suicide bomber. What’s important is their money, which is used to fund terror activities and the needs of the men,” said Siti, who has handled the deradicalisation efforts of at least 20 former terror convicts.

Indonesia has recorded at least one case of a migrant worker who was radicalised to become a suicide bomber. Dian Yulia Novi, who had formerly been employed in Singapore and Taiwan as a domestic worker, was arrested in 2016 for plotting to blow herself up outside Jakarta’s presidential palace.

She was jailed for seven and a half years after becoming the first woman to be convicted for plotting a bomb attack in Indonesia.

Since her arrest, several women have completed suicide bombings, including those in the two families that carried out the 2018 attacks at three churches and the police headquarters in Surabaya.

Less than a year later, a woman in Sibolga city, North Sumatra, detonated explosives in her home, killing herself and her young child despite the police and a Muslim cleric spending more than 10 hours trying to persuade her to surrender. 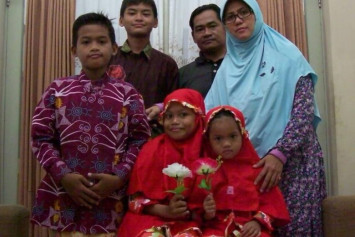 Siti said these women had joined militant groups as they wanted to defend their faith and “repair the state of Indonesia”, which they considered an “infidel state” as it was not ruled by sharia law and cooperated with Western countries. “They support these militant groups who want to turn Indonesia into an Islamic State,” she said.

Housewives were also easy prey, Siti said, as they had limited interactions and few friends. “They believe Isis propaganda that committing jihad is the quickest way to heaven … that it is difficult to acquire merits to enter heaven while still alive.”

According to Siti, radicalised parents also kill their own children as they want to be in heaven with them.

“Their parents don’t want to leave them alone in this world. They also worry if they die, society might turn against them as their parents died as suicide bombers,” she said.

Some women marry militants and carry out terror attacks with their husbands as they see them as being an ideal figure.

“They see jihadists as firm, faithful followers and defenders of the faith – this is the strongest point for the women,” said Reno Fitria Sari, a lecturer in forensic psychology at Paramadina University.

Nasir Abas, a former JI leader, said women were often recruited as the public viewed them as “less of a threat” and therefore would not be scrutinised as closely. 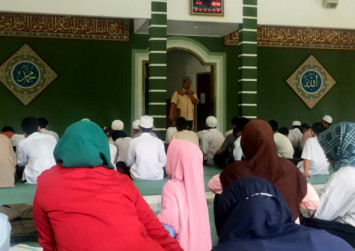 “They are used as couriers, including ferrying weapons from one point to another. They could also hide the weapons under their long and loose clothing,” he said.

Analysts expressed concern over the lack of deradicalisation programmes for former female terror convicts. Serve’s Siti said “in general” there are no such opportunities available for them.

Dita, who was released in January, received just one visit from National Counter-Terrorism Agency (BNPT) official.

“I don’t know the details of the visit. But as far as I know, Dita did not undergo a deradicalisation programme,” said Eka.