Unlike Singapore, where financing is facilitated by affordable public housing prices and CPF savings, ownership of public flats in Hong Kong is not supported by government policy to the same degree.

Hongkongers have long looked at Singapore as a model for how to provide good quality public housing.

The latest example was laid out by University of Hong Kong adjunct professor Tony Kwok in his piece for this newspaper, "How would Lee Kuan Yew have solved Hong Kong's housing and health care problems?" published on April 17.

He argued Singapore's solution had simply been land reclamation, but this is an oversimplification of the city state's approach to its acute home shortage of the 1960s.

The reasons behind Singapore's successes have little to do with reclaimed land, and the conditions in Singapore when Lee was prime minister are vastly different from those in Hong Kong today. 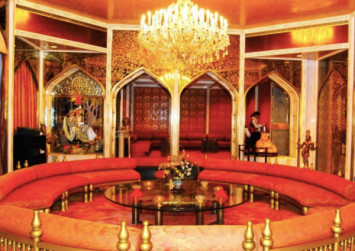 Reclamation was never a key feature of Singapore's public housing policies. Most of the country's reclaimed land has been put to non-residential uses such as the airport, industrial parks, ports, the new financial district at Marina Bay, and recreation. Only a thin sliver in the southeast has been set aside for public housing. Most future residential land parcels are also not on reclaimed land.

The Lion City's public housing policies were formulated under Lee between 1959 and 1990. When Lee took on the top job, there was a dire shortage, and housing blocks in the city centre were plagued by overcrowding and unsanitary conditions. In 1957, it was estimated about 500,000 residents needed accommodation, and about 400,000 of those required relocation from the overcrowded city centre.

Read Also
Can you afford a HDB flat when you're 35 and single? 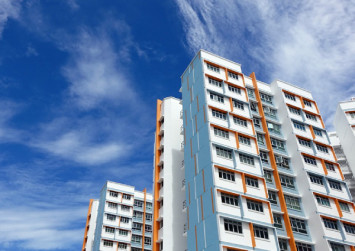 The Singapore Improvement Trust (SIT), set up by the British colonial government, built only 23,000 public housing flats in its 32 years. It was replaced in 1960 by the Housing and Development Board (HDB) under the newly elected independent government of Singapore. By the time Lee stepped down in 1990, 87 per cent of city residents lived in HDB flats (with 88 per cent owning one), despite Singapore's population having nearly doubled from 1.6 million to 3 million since the late 1950s. The board is largely credited with this transformation.

THE POWER OF THE STATE

The technocratic, highly autonomous and competent Singaporean state took on the role of providing affordable housing on a near universal basis, subsidising home ownership for the vast majority. The development of public housing was effectively land reform and wealth redistribution on a scale unimaginable today in neoliberal Hong Kong, despite the superficial similarities in this sphere between the two cities.

Read Also
5 things to consider when buying a home 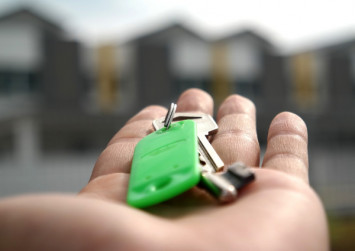 The state's autonomy meant it was not subordinate to, or captured by, the interests of social groups, from big business and labour to landowners, property developers or finance. This is not to say the government rode roughshod over these groups, but it did mean it could plan and make decisions for the long-term good of the country, without having to cater too much to well-organised interests. Most citizens accepted this setup as they could see improvements all around, not least in their housing conditions.

But to tackle the problem comprehensively, the HDB took on responsibility for all aspects of housing, including planning, development, design, building and maintenance. The initial priority was to create properly planned population centres outside the city centre but within easy reach. Between 1960 and 1965, the HDB surpassed its target by building more than 50,000 flats. HDB estates were later also developed with other considerations in mind, such as state industrialisation objectives, the avoidance of ethnic enclaves, and asset inflation.

On the issue of land, ensuring there was enough for public housing meant repealing the 1920 Land Acquisition Ordinance and enacting the Land Acquisition Act (LAA) in 1966. This allowed the state to acquire land for any public purpose or work of public benefit, or for any residential, commercial, or industrial purpose. A subsequent amendment to the LAA in 1973 allowed officials to acquire private land in exchange for compensation below market value. The acquisitions were seldom challenged in the courts. 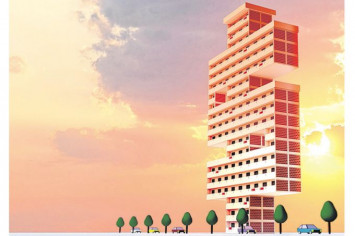 Such draconian rules greatly facilitated housing and industrialisation programmes. State ownership of land rose from 31 per cent in 1949 to 44 per cent in 1960, and 76 per cent by 1985. Land reclamation did play a part in this change, along with the transfer of British military space. But to ensure a perpetual supply, Lee's government also passed legislation to ensure the leases on state-owned land would not exceed 99 years.

These methods are unthinkable in contemporary Hong Kong. While legally possible, the compulsory acquisition of private land for public housing is rare and generally eschewed. Although Hong Kong law allows the Land Development Corporation (LDC) to take space away from private owners at market prices, the efficacy of this law is limited. The LDC has to demonstrate there is no "undue detriment" to the interests of landowners, which is often difficult.

Land reform almost always requires landowners' interests be subordinate to those of the state, and especially those of the landless. This is not the case in Hong Kong.

Lastly, to ensure the affordability of public housing, the Singapore government designed its policies to explicitly favour home ownership. The units set aside for this purpose were initially priced such that buying was a more attractive option than renting HDB homes.

In 1968 the Singapore government went further. It increased the amount of money Singaporeans had to contribute to the Central Provident Fund (CPF) so that citizens could then use these savings to finance home purchases. The CPF was established in 1955 as a pension plan, with employees putting in 5 per cent of their monthly salary.

The revamped CPF required monthly contributions of 6 per cent from the employee, and 6 per cent from employers. By 1990 the rates had risen to 16 per cent and 24 per cent, respectively. This demanded sacrifice on the part of citizens since it ate into their daily spending.

Such stringent mandatory savings plans would be unlikely to garner much support in Hong Kong. Many would perceive them as paternalistic and would not accept the lower take-home pay they entail.

In 2017, two decades after Hong Kong's return to Chinese sovereignty, only about 36 per cent of households were in public housing and 49 per cent owned their homes.

Unlike Singapore, where financing is facilitated by affordable public housing prices and CPF savings, ownership of public flats in Hong Kong is not supported by government policy to the same degree. A successful applicant for a flat in Hong Kong under the Home Ownership Scheme does not own the property until he or she pays a land premium determined by the market value. On acquiring the flat, the applicant pays to the government only the cost of its construction.

Neither Singapore's past experience nor its present circumstances suggest it should be a model for Hong Kong. While the public housing programme was hugely successful in its first 50 years, some Singaporeans now raise questions about the long-term viability of a policy based (implicitly at least) on perpetually rising flat values. Having put much of their CPF savings into securing a home, many Singaporeans today are worried about the prospect of declining values on their ageing HDB properties.

Given how unique and context-specific Singapore's success in public housing was, it is questionable whether it can be grafted onto contemporary Hong Kong's context - unless its society and politics were to mimic Singapore's, and how likely or desirable is that for Hong Kong?