Widodo's 'balancing act' meeting Xi in Beijing ahead of G20

It was a rare visit by a foreign leader to China, but Indonesian President Joko Widodo was in a difficult position when he met his counterpart Xi Jinping in Beijing on Tuesday (July 26).

Widodo wants more Chinese investment in his country, like other Southeast Asian nations, but is also seeking to navigate US-China rivalry while maintaining friendly ties with both.

He also faces the bigger challenge of trying to ensure that the Group of 20 summit goes smoothly when Indonesia hosts it for the first time in Nov.

The G20 is divided by Moscow’s invasion of Ukraine, with some members wanting Russia out of the bloc and threatening to boycott the leaders’ summit if President Vladimir Putin attends.

The Bali summit will perhaps be the most consequential in years against the background of the Ukraine war and global supply chain and food crisis.

“Widodo has a very difficult task now as the world is facing a multitude of challenges – from economic, humanitarian and financial ones to the geopolitical crisis,” said Danil Bochkov, an analyst at the Russian International Affairs Council, a think tank close to the country’s foreign ministry.

“He has a very difficult task to ensure that the G20 does meet in the fall despite all the disagreements they have with respect to each other.”

Widodo last month flew to Kyiv to talk to Ukrainian President Volodymyr Zelenskiy and to Moscow to meet Putin, saying Indonesia was willing to be a bridge for the leaders to talk.

The trips were attempts to find common ground between major powers to get the G20 to at least gather, if not reach a consensus on international issues, Bochkov said. 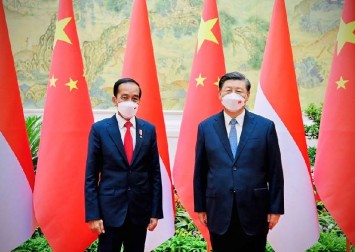 A joint statement released after Xi and Widodo met on Tuesday said Indonesia was ready to work with China to “ensure peace and stability through dialogue and diplomacy”. China has not condemned Russia’s invasion of Ukraine but has called for peace talks.

China also said it supported Indonesia as chair of the G20 summit and as rotating chair of the Association of Southeast Asian Nations next year.

Canadian Finance Minister Chrystia Freeland has said Russia should be removed from the G20 for its war. Multiple Western finance officials walked out when a delegate from Russia spoke at the G20 finance ministers and central bank governor meeting in April.

Raffaello Pantucci, a senior fellow at the S. Rajaratnam School of International Studies in Singapore, said Indonesia was trying to keep the bloc afloat ahead of the G20 leaders’ summit, but it was also trying to show its relevance on the world stage.

“You’ve got a chairmanship in an important organisation – the G20 – you leverage it, and all sorts of countries have done this at a certain time.”

He said Indonesia was also trying to project itself in a balancing act between China and the United States, as well as between Ukraine and Russia.

Widodo’s recent talks were “clearly an attempt that shows Indonesia is using the G20 for this brokering role, so that’s clearly a goal”, Pantucci said. 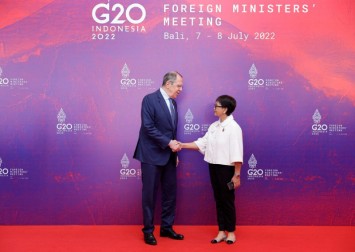 Tuesday’s meeting with Xi and Chinese Premier Li Keqiang also came a week before Indonesia was scheduled to take part in an annual military drill with the US.

This year’s two-week Garuda Shield exercise will be the largest ever, involving around 3,000 troops from 14 countries including Australia, Japan and Britain.

“Indonesia needs to rely on the US but on the other hand, it does not want to choose sides on diplomacy and strategy between China and the US,” said Zhu Feng, the dean of Nanjing University’s international studies school.

“Visiting China so close to the military drills in the South China Sea is a balancing act.”

“It has never wanted to tilt to any sides but rather seeking to maintain good relations with major powers, while at the same time trying to shape and contribute to international peace and security,” she said.

Trade was also on the agenda during Widodo’s visit, with China on Tuesday promising to import an additional one million tonnes of crude palm oil from Indonesia.

“The opportunity to increase trade figures is very large,” Widodo said before a meeting with Premier Li, according to an official statement.

China is Indonesia’s biggest trade partner. Trade value between the two countries reached US$124.34 billion (S$172.8 billion) in 2021 – up 58.43 per cent from a year earlier, according to Chinese customs, though that was mostly due to the low comparative base during the pandemic slump. 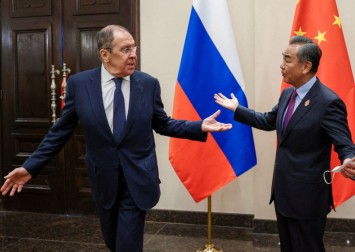 Since Widodo became president in 2014, his foreign policy has been focused on becoming a regional power through economic growth and building sea and land infrastructure to connect many of Indonesia’s islands under his Global Maritime Fulcrum policy, or GMF.

Some of this infrastructure is backed by China’s Belt and Road Initiative.

But the projects have been stalled by a decentralised system that means local governments are not aligned with Jakarta’s infrastructure drive, according to Siwage Dharma Negara, coordinator of the Indonesia studies programme at Singapore’s ISEAS–Yusof Ishak Institute.

Those projects include a high-speed railway from Jakarta to Bandung – a flagship of both the belt and road scheme and the GMF – which the two nations on Tuesday committed to complete on schedule.

He noted that Indonesia also had other commitments to secure. “What is currently important for Indonesia is to secure the food supply, energy supply and also for the inputs for production,” he said.

The UN World Food Programme has said grain shipments from Ukraine, a major food supplier, were being blocked and that had added to a global food shortage made worse by the climate crisis and economic shocks.

The food crisis is expected to be a major part of G20 discussions in Nov.