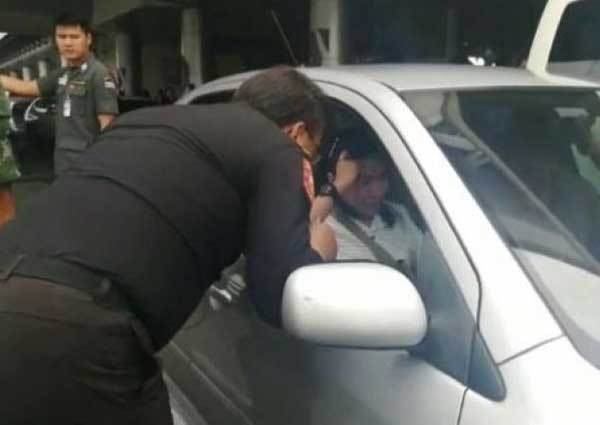 A woman was surrounded by a group of aggressive taxi drivers and verbally abused at Chiang Mai International Airport because they thought she was an Uber driver picking up a fare.

The woman, however, an importer of tea from England and a DJ for a Chiang Mai radio station, was picking up a foreign friend who was visiting the city.

Chiang Mai land transport officials' crackdown on Uber drivers came to light on Wednesday when a video clip of the incident was posted on a popular Facebook page.

Many Chiang Mai Facebook users cried foul over the aggressive actions of the taxi drivers and the apparent sanction by officials.

The clip said the officials apologised to the woman after they determined she was not an Uber driver.

She told Matichon that she went to the airport on Tuesday to pick up a friend and when her friend got into the car, a group of taxi drivers surrounded her car and shouted and hit her car with their hands and took photos.

She said she was frightened and angry.

Earlier, a Chiang Mai woman who was at the airport to pick up a Chinese business client who had rented her condominium faced similar incident.