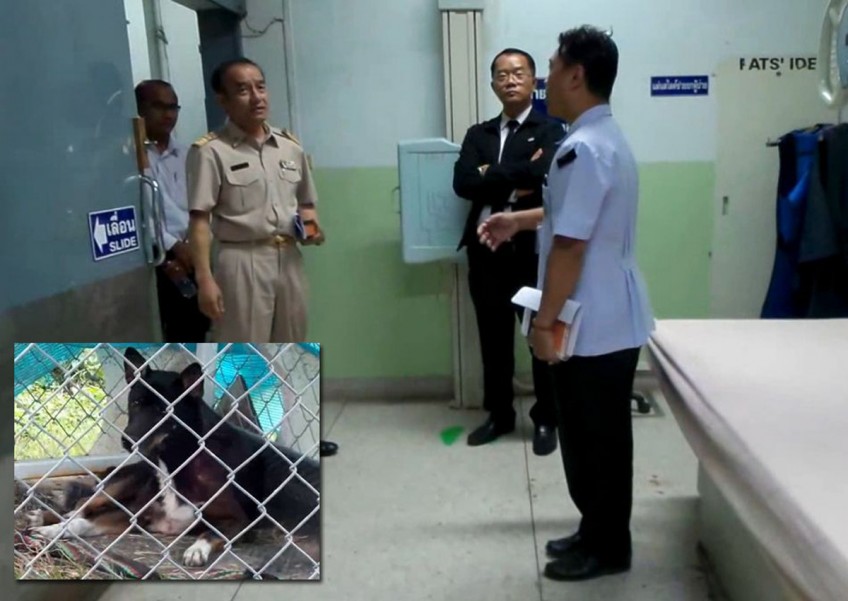 A patient has demanded Bt1 million (S$40,723) compensation from a state hospital after she was bitten by a stray dog as she waited in the hospital's X-ray room on June 1.

She was also injected with rabies vaccine.

But while hospital has showed responsibility for the incident, it has refused to award her Bt1 million compensation.

"We have now set up a committee to take care of the patient's treatments and to provide remedial actions," Dr Ittipon Soongkhaeng, an official from the Public Health Ministry's Health Service Area 7, said on Tuesday.

Dr Upatin Rung-utaisiri, the hospital's director, has offered Bt20,000 compensation from his pocket to appease Ampasri but she turned it down.

Ittipon said the committee would try to mediate with all parties involved.

"Bt1 million amount is too high. We will try to negotiate further," he said.