Woman in China 'flees' 30 seconds after having baby in garage 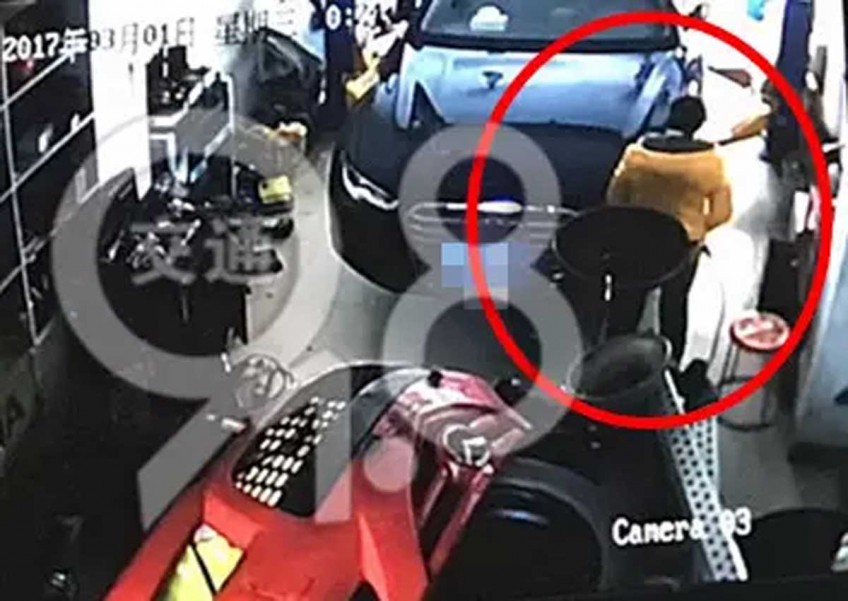 An employee of a garage in Hangzhou, China, made a shocking discovery when he went to work last Saturday (March 11) - a baby boy.

The newborn was found lying on the tiled floor in a pool of blood with his umbilical cord still attached.

The employee told Chinese media: "The baby's lips had turned purple by the time I found him. I became worried as the baby wasn't crying."

When the infant's leg twitched, the man hurried to wrap him up in a blanket and called for an ambulance.

The baby's sudden appearance in the garage remained a mystery until the garage staff reviewed their CCTV footage.

In a video clip, a pregnant woman dressed in yellow was seen entering the garage, removing her pants, and squatting down.

30 seconds later, she was seen pulling up her pants and walking out of the garage.

According to the staff, the woman had left behind a bag containing her identity card, bank card and other items.

Chinese media reported that she has since claimed her child from the police.

The woman said that she had panicked during the sudden delivery and left the garage for a while. She only realised that someone had called the police when she returned.

Meanwhile, a doctor who treated the baby said that he is healthy except for having a slight cold.

The police did not classify the incident as a case of child abandonment, South China Morning Post reported.