Woman in China rents 900 taxis to propose to boyfriend 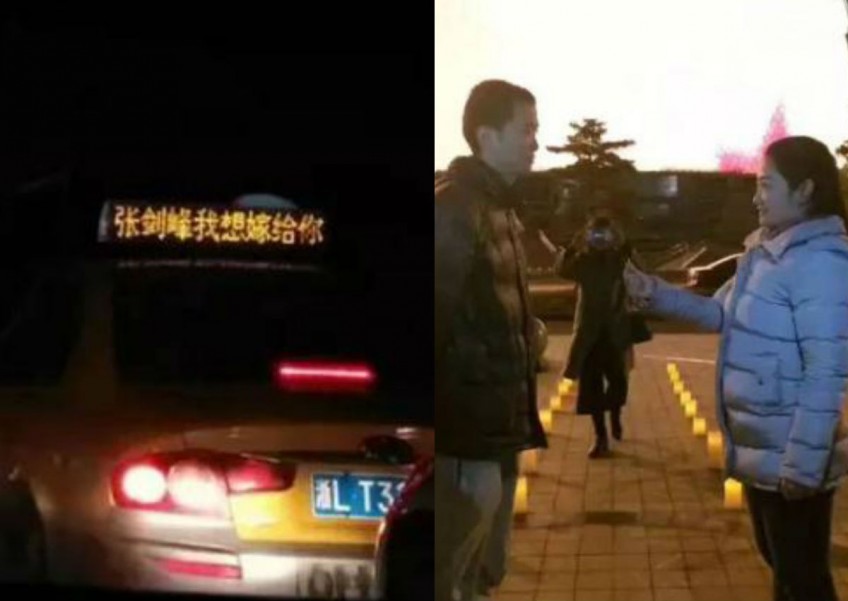 The woman, whose name was not given, made the extravagant proposal between 5pm and 7pm on Thursday (March 17), China's Qianjiang Evening News first reported last week.

For two hours, taxis around the city displayed the message: "Zhang Jianfeng I want to marry you" on their luminous top signs.

Afterwards, the pair strolled to a park where candles had been prepared and lit. Their friends were also present.

He had met his girlfriend in Zhuhai, and the pair are currently working in different cities - the woman in Ningbo and Mr Zhang in Zhoushan.

Both cities are in China's eastern Zhejiang province, but are an hour and 40 minutes' drive apart.

Expressions of love via taxi signs are not new in Zhoushan - in June last year, a man asked a woman to be his girlfriend through a message on a cab that said: "Every time it rains, I worry about you, Fang Xiaojie. Let's be together!"

His message stayed up on the cab for 10 days.