Woman held for buying food with fake banknotes in Thailand

She had also driven a repainted Honda Wave motorcycle without a licence plate in U Thong district.

Netizens have shared the news about the woman who used fake banknotes to buy food from merchant Somphit Ritthidet, 70, in front of Suphannaphum School on Muen Harn Road in Suphan Buri Municipality Office District.

The division's superintendent, Pol Colonel Worapot Weeplien, led police to the area to check CCTV cameras and find clues so they could detain Duanphen for investigation at Mueang Suphan Buri Police Station.

Duanphen pleaded guilty and claimed that on the day of the incident, she drove out to find a job, but oil was running out. She then saw Somphit selling food and believed she could be deceived because she is very old.

Duanphen said she ordered food and paid for it with fake banknotes, and then immediately drove away after receiving change. 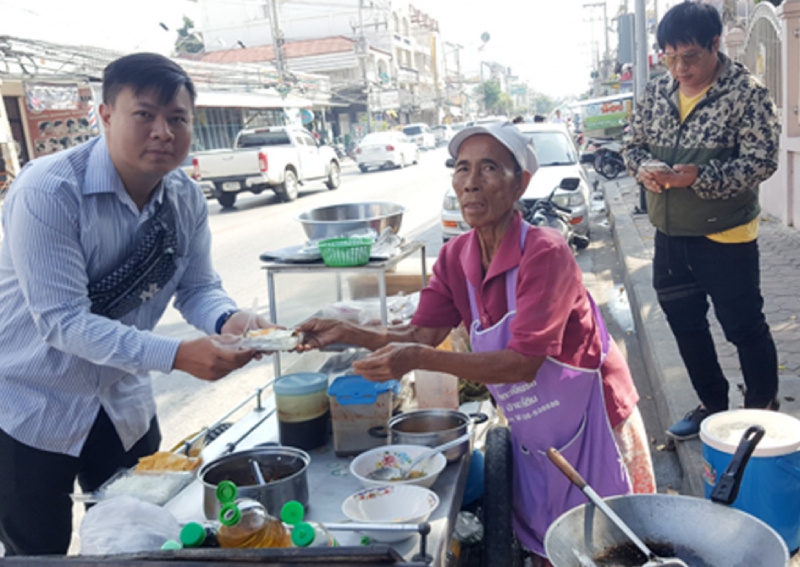 After the incident, she returned to her house in the area between Mueang Suphan Buri and U Thong District and police finally caught her, she said.

"She confirmed that Duanphen was the wrongdoer, but declined to file a lawsuit against her. She said Duanphen could have just asked her for food if she felt hungry," he said.

"We appointed the investigation division to thoroughly examine her criminal record and whether she has an arrest warrant against her because she had been arrested for fraud and sentenced to prison for several months."

Nithithorn said he did not believe Duanphen's testimony, because the crime seemed to be well prepared."

The culprit's motorcycle was originally blue, but it was painted red on the day of the incident, causing trouble for the officers for a while," he added.