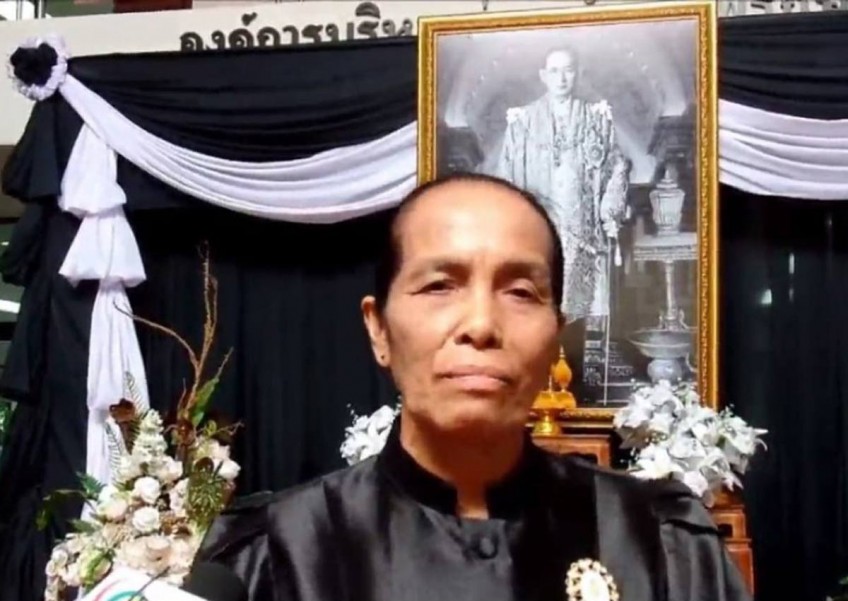 Despite her bad knees, Thawee Chanthuen, a member of the Tambon Praeksa Mai administrative organisation's elderly people's club, has regularly taken a bus to the Grand Palace to pay respects and has also volunteered to make funeral flowers at the Bureau of the Royal Household office.

Her latest trip to pay her respects was on Saturday. "I didn't aim for anything when I first went there; I just thought I would pay my respects to the late King at least once in my life because my health wasn't well," Thawee said.

"That time I prayed that my health would improve so that I could come back to pay respects as many times as possible. After that, my health was getting better and better so whenever I had free time I took the bus ride to do so. "I never have thought it would reach 89 times."

She said she still remembered vividly the moment that she had a chance to see the late King during his visit to Wat Phra Kaew in 1984 or 1985, and made a money offering. "It was my proudest moment," she said, adding that she every morning and night would 'kraab' (prostrate before) the late King's portrait in respect.

Thawee gave the interview while she attended a seminar at the Praeksa club on Monday. At the Grand Palace, a steady stream of people continued to honour the late King on Monday. The attendance has increased in recent days since the bureau announced that September 30 will be the final day for paying respects before the Royal Urn.
[[nid:380584]]