Woman threw acid at Hong Kong shopkeeper because he was 'old, fat, short and ugly'

A young Hong Kong woman has admitted throwing corrosive acid in a stranger's face because she thought he was old, fat, short and ugly.

The High Court heard Ng Lai-fong, who is 26 and unemployed, was caught a month after the attack on April 12 last year - as she was about to pour a bottle of hydrochloric acid over the same man for a second time.

Her latest psychiatric assessment, in February, revealed she was schizophrenic.

The former waitress pleaded guilty on Thursday to one count of throwing corrosive fluid with intent and another of attempting to throw corrosive fluid.

The assault took place at a shop run by Lam Shing-yip, 56, at the Dragon Centre mall in Sham Shui Po.

Senior public prosecutor Gary Leung Yuk-hang said Lam had been working as usual on April 12 when Ng entered his seventh-floor shop wearing a mask and carrying a black bag. 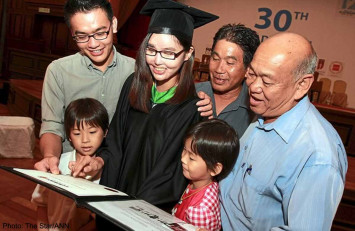 Lam asked if Ng needed anything. But instead of replying, she suddenly pulled a glass bottle from her bag, hurled its contents in his face and ran away.

Lam immediately felt pain and heat on his face and saw that his clothes were giving off fumes. He called police.

A subsequent medical examination at Caritas Hospital found that the chemical damaged both Lam's eyes, including causing injuries to his corneas.

He was in hospital for four days.

But he did not know what had brought about the attack, as he could not recall having met Ng before the attack. He also told investigators he did not have grudges with anyone or owe any debt.

A month later, on May 6, a worker at a shop neighbouring Lam's noticed a woman nearby with long black hair, black clothes and large circular earrings - similar to Ng's attire on the day of the attack, as captured on security footage.

A security guard called police, who stopped Ng on the same floor and found that she was carrying a bottle of pale yellow liquid containing hydrochloric acid at a concentration of 32 per cent.

She later told investigators she remembered Lam since he had told a fortune for her after she bought a bracelet from him.

She said she had a personal grudge against him, adding that he was old, fat, short and ugly.

Judging the injuries she caused herself during the first attack to be "too minor", she believed Lam's injuries to be "not serious enough", and so planned a second attack.

"The accused made it clear that her target was Lam's head," the prosecutor said.